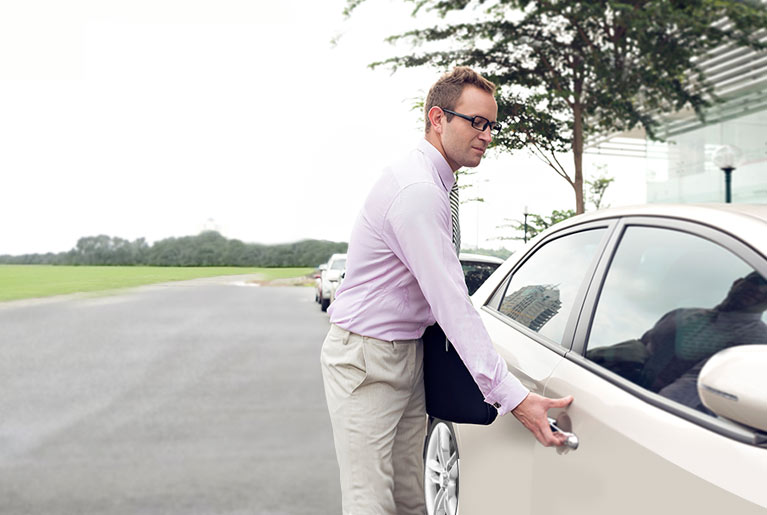 McMillan Shakespeare and JB Hi-Fi were among the best-performing ASX 200 stocks last week, as the benchmark stock index rose 0.8%.

A company specialising in salary packaging and a consumer electronics retailer were among those with the biggest gains in the S&P/ASX 200 Index, which was up 0.8% last week.

Here are the winners and losers in the ASX 200 for the week ended Friday, May 6.

“Labor will retain the current arrangements in relation to all measures regarding salary packaging and related Fringe Benefit Tax measures. There is no difference between our policy and that of the current Turnbull government,” he said.

Fringe benefits tax (FBT) is a tax paid by employers on certain benefits they provide to their employees, partly or wholly in place of salary or wages. The tax is separate to income tax.

Shorten’s announcement reversed Labor’s position in the 2013 federal election, when it said it would hike fringe benefits tax for salary-packaged cars.

Super Retail Group (ASX: SUL) said in its latest trading and strategy update that it achieved higher sales across all three divisions so far this financial year.

Auto sales grew 6% for the 44 weeks to April 30 compared to the same period last year, while Leisure and Sports sales increased 5.5% and 9%, respectively, the group said.

It added that it would incur cash costs of $28.5m and non-cash costs of $14.5m this financial year to restructure some of its businesses.

SCA channels will be able to use Nine’s branding and broadcast the latter’s Australian and international content, including National Rugby League and Cricket programs, Southern Cross said in a statement after the market closed on April 29.

SCA will pay Nine an affiliation fee of 50% of its television revenue.

JB Hi-Fi (ASX: JBH) reported an 8.6% total sales growth in the third quarter ended March 31, supported by the timing of Easter this year and school holidays.

The company reiterated its full-year sales guidance of $3.9bn and net profit after tax estimate of $143m to $147m.

Carsales.com (ASX: CAR) has extended its collaboration with iCar Asia, which owns a network of automotive portals in Southeast Asia, for another three years.

The companies will continue to share knowledge, technology and intellectual properties, according to iCar Asia’s statement on May 3.

The agreement will allow Carsales.com to increase its shareholding in its partner, subject to approval from the Australian Securities Exchange.

China’s weaker-than-expected trade data announced on Sunday, combined with economic data scheduled to be released this week, could impact the Australian market, according to CommSec.

The world’s second-largest economy reported yesterday that exports fell 1.8% from a year ago in April, while imports were down 10.9%. Economists had projected a 0.1% drop in exports and 5% decline in imports.

The country will release its April inflation data tomorrow, as well as retail sales and industrial production and investment figures this Saturday.

Meanwhile, latest financial results from the banking sector could continue to move the market, CommSec said.

While Macquarie Group posted record annual net profit, it warned investors that 2017 performance might be broadly in line with this year’s figures.

CommSec pointed out that trading and spending are expected to be subdued in the lead-up to the Australian general election in July.

WorleyParsons (ASX: WOR), which provides engineering services to the energy and mining sectors, slumped 17.9% over five days to $5.74, extending its one-year share price loss to 43.9%.

All three stocks sit in the S&P/ASX 200 Energy Index, which dropped 5.7% last week as Brent crude oil fell by the same percentage over five days, according to Bloomberg data.

Western Areas (ASX: WSA) shed 13.2% to $2.17, after the nickel sulphide miner sold new shares to retail investors at an issue price of $2 per share, significantly lower than its prevailing market price. The stock was down 42.6% over 12 months.