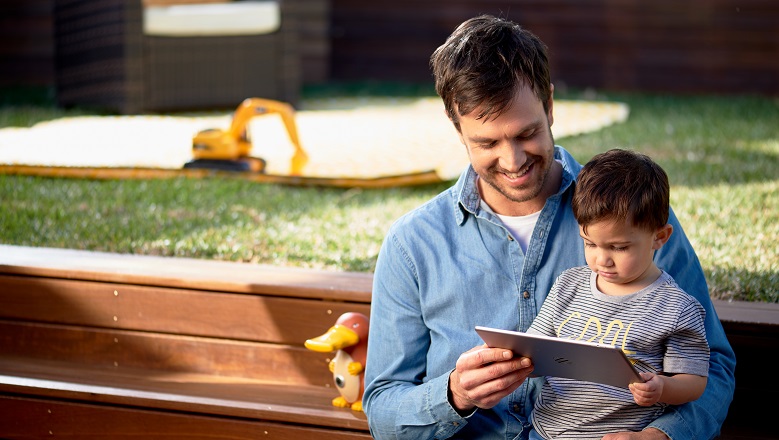 Commonwealth Bank has released its 2017 Corporate Responsibility Report, which shows continuing progress across a range of initiatives. This includes its longstanding investment in financial education programs for children and youth, which saw record participation this year.

The Report also contains Commonwealth Bank’s Climate Policy Position Statement that details the Bank’s commitment to limiting climate change to well below two degrees, in line with the Paris Agreement and supporting the responsible global transition to net zero emissions by 2050.

The release of this year’s Report coincides with the 10th anniversary of Commonwealth Bank’s Start Smart program, the world’s largest face-to-face financial education program. Over the last decade the program has assisted more than 2.5 million primary, secondary and vocational education students to learn important money management skills – with almost 575,000 students completing the program in the last year alone.

Commonwealth Bank’s commitment to children’s financial education began more than 85 years ago, and was further strengthened by the launch of a new nationwide awareness campaign today. Aiming to help children develop good money management behaviours early in life, the program provides parents with information that directly responds to concerns they have raised around equipping their children with the financial skills they need for the future.

Commonwealth Bank’s Chief Executive Officer, Ian Narev, said the Report provides a transparent and thorough update on the work being done across a range of initiatives that benefit employees, customers, shareholders and Australian communities.

“This Report sets out the contribution being made by almost 52,000 Commonwealth Bank people, who serve more than 16 million customers across Australia and around the world,” Mr Narev said.

“We’re pleased with our progress and the performance of our programs to date. Our responsibilities extend beyond our day to day business activities and we are continuing to focus on education, innovation and good business practice, and respond to global trends and changes.”

Highlights from the Report for financial year 2017 include:

• More than $16 million invested in education

• More than 6,000 customers provided with hardship assistance every month

• Our lending exposure to renewable energy projects has grown to $2.8 billion

• 44 per cent women in Manager and above roles.

The report is available to read here: http://www.commbank.com.au/investors/corporate-responsibility.html 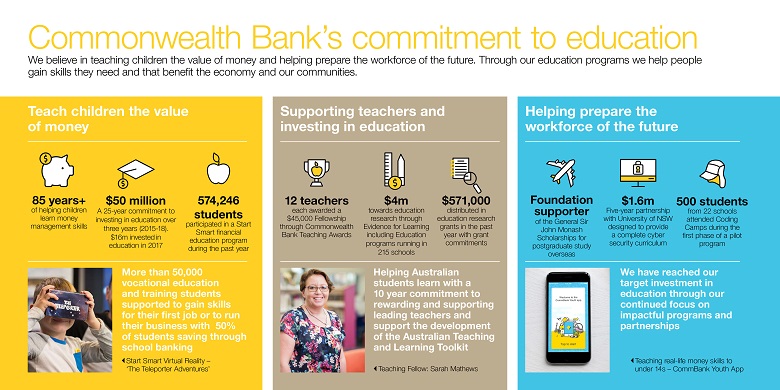