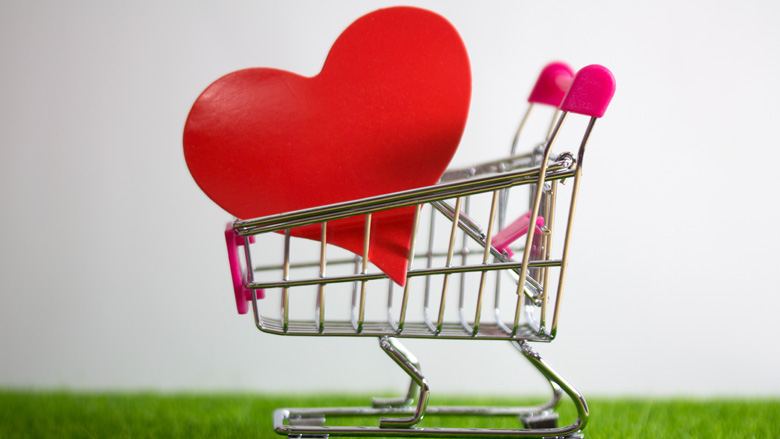 You can put a price on love, according to Commonwealth Bank’s latest spending data, which shows customers splashed out more than $23 million on Valentine’s Day last year.

You can put a price on love, according to Commonwealth Bank’s latest spending data, which shows customers splashed out more than $23 million on Valentine’s Day last year.

Commonwealth Bank General Manager, Everyday Banking and Payments, Michael Baumann, said: “With spend on Valentine’s Day rising 15 per cent on 2016, it’s clear that love doesn’t come cheap anymore. Aussies looking to treat their partner with dinner, drinks and flowers should expect to splash out around $136 on the big day.”

While 30 per cent more of us went out for meals on Valentine’s Day last year than in 2016, most couples won’t be tucking in to a fine dining feast. Aussies opted for cheaper eats over fancy food, with an average bill of $32 in 2017, compared with $44 in 2016.

It’s seems our high-end dining hiatus has made way for flashy flowers, however, with Aussies spending almost double on a bouquet ($61) than dinner ($32). Aussies spent a massive 66 per cent more at florists in 2017 than 2016, indicating that our love affair with flowers is blossoming.

“And for those staying in, liquor continues to fuel romance, with Valentine’s Day purchases increasing 8 per cent year-on-year,” Mr Baumann said.

“Interestingly, the number of hardware purchases did outstrip the number of bouquets bought, indicating love doesn’t put a stop to handiwork.”

Millennials put their parents to shame

The most romantic group appears to be those aged 26-35, who accounted for 38 per cent of all florist spend and 36 per cent of all restaurant spend. And the 18-25 age group isn’t far behind, taking the next-biggest share of spending in restaurants, which is 20 per cent.

“That said, when the older generation do entertain the big day, they do so in style. The average person over 66 will spend $206 on flowers, drinks and dinner on Valentine’s Day, while younger couples aged 18 to 25 spend a more conservative $101 on average,” Mr Baumann said.

How to impress on a budget