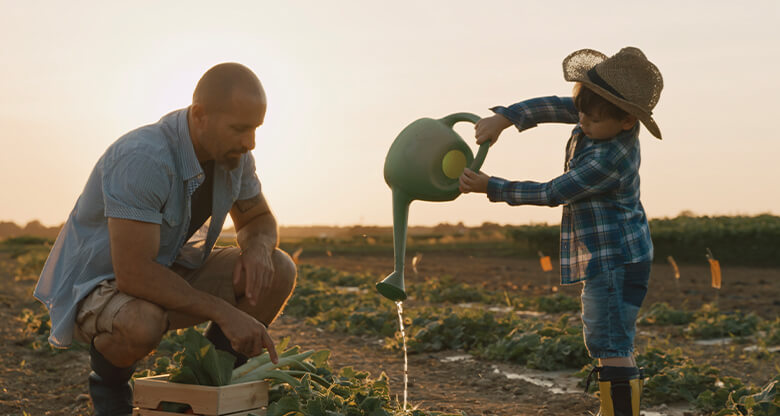 The hallmarks of a resilient business

Not for decades has the resilience of a business – its people, financials and operations – been tested in the way it has over the past year. So what are the key characteristics that help resilient businesses survive and thrive?

The pandemic has shone a light on business resilience – those who have it and how it’s developed. When COVID-19 struck, businesses with the hallmarks of resilience were in a better position to adapt to a rapidly changing operating environment and overcome the challenges it created, while those staffed and led by resilient individuals were able to act quickly – identifying issues, making decisions and enacting change.

“The digital execution and e-commerce executions we’ve seen in our customer base have been quick, and it has been remarkable to see the entrepreneurial spirit of Australian businesses shining.”

That’s important, because resilient businesses and a resilient economy are central to Australia’s recovery from the pandemic. So what is business resilience, how do you build resilience into your business, and how do you adapt to changes in the business environment effectively?

The three hallmarks of business resilience

The ability to adapt rapidly is critical. Cairns says Australia’s agribusinesses are the shining stars of adaptability – “they routinely contend with risks like weather, changing commodity prices, consumer demand and disease.”

The data supports his view. Previous CommBank research has shown that Australia’s agribusinesses are among the nation’s most innovative, while recent economic figures show the sector thriving during the pandemic, with farm GDP growing by 38.9% this financial year – the fastest rate in more than 16 years.1

Cairns says resilient businesses have the confidence to act quickly and experiment with new opportunities, even when there’s no time to test the market in depth. “We’ve seen this within the events industry, where seemingly overnight many pivoted to online and virtual events,” he notes.

Two examples prove his point. In 2020, Melbourne group Metropolis Events found its daily operations “obliterated” by lockdown. And so it focused on the one part of the business that it could tweak in order to keep operating – the kitchen. The group was able to keep a cohort of staff busy by preparing meals for home delivery in the absence of live functions to cater for. Similarly, Encore Event Technologies teamed up with Adelaide hotel the Playford to entertain quarantined guests with a dedicated TV station.2

The pandemic has highlighted the importance of bringing together a diversity of perspectives and skills from both inside and outside the business, sparking agility and creativity. Many organisations are forming partnerships to bring in niche skills to build their resilience – small businesses buying in cybersecurity capability is a common example. Cairns says it’s also the philosophy behind x15ventures – the innovation platform that gives inspiring innovators access to CommBank’s technological experience and strengths in distribution and commercialisation.

Strengthening the foundations of resilience

Fortunately, he believes businesses have responded positively to the exceptional financial challenges of the past 18 months.

Many have also sought to strengthen supply chains, as the pandemic created ongoing disruption, sometimes exacerbated by geopolitical tensions. Cairns says businesses have implemented a range of strategies, including onshoring, diversifying suppliers, and increasing inventory to manage supply risk.

“One company we work with used to import pipe from China,” says Cairns. “They’ve now expanded their facilities to produce that pipe in Australia far more cheaply.”

The power of resilient leaders

Cairns says that leaders have a critical role to play in building resilience into their organisations, both by fostering flexibility and inspiring change.

Key steps towards building a more resilient business include:

Cairns gives the example of CommBank’s own labour-force flexibility during the pandemic. “We have a new multi-service channel model, where 90 branches operate in the morning, then in the afternoon take calls from the call centre where the demand is,” he says.

One CommBank customer that rapidly shifted its operating model to meet changing conditions is Cairns-based Coral Expeditions, specialising in luxury cruise tours for domestic and international visitors. When international border closures took away a core component of its customer base, the group switched its focus to domestic tourism and expanded its itinerary to include trips to South Australia’s wild islands and treks through Tasmania’s wilderness coast.

“They’ve been very successful, but if they hadn't been adaptive, they would have been in great difficulty,” says Cairns.

The bus outperforms its competitors in terms of battery capacity and energy efficiency. And as the need to decarbonise our transport becomes more pressing, these electric buses have a great future.

The CSIRO’s 2020 Recovery and Resilience report says innovations like this will be crucial to Australia’s recovery from the pandemic.3 They also offer an opportunity to build, not just stronger businesses, but a more resilient economy.

Mike Vacy-Lyle is CommBank’s Group Executive for Business Banking. Mike is passionate about connecting with Australian businesses and clients to understand their unique needs, helping them become more resilient and successful. Before joining CommBank, Mike was Chief Executive Officer of FNB Commercial Banking, a division of South Africa’s largest bank, FirstRand Banking Group. Mike has a Bachelor of Commerce (Hons) from the University of KwaZulu-Natal, and the University of South Africa, and is a member of the South African Institute of Chartered Accountants.

Grant Cairns is CommBank’s Executive General Manager for Regional and Agribusiness Banking, responsible for serving the financial services needs of the bank’s rural commercial and agribusiness customers. A strong believer in the resilience and innovative capacity of Australian regional businesses, Grant joined the bank in 2005. He has broad experience across the Business Banking, including senior leadership roles in Client Acquisition, Commercial Lending, Transaction Banking, Asset Finance and Industry Specialisation. Grant has completed Australia's flagship Asia Leadership Program and holds a Bachelor of Commerce, Accounting and Finance as well as a Master of Applied Finance. He is also a Chartered Accountant, a Director of Australian Business Growth Fund and Vice President of FINSIA.

This article is part of the CommBank Foresight Spotlight Series, helping guide Australian businesses towards a stronger economic future.