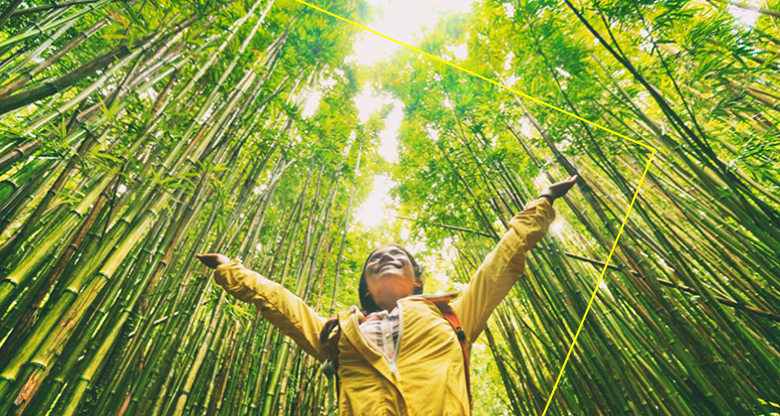 Carbon pricing will be a key instrument for de-carbonisation, driving the lowest cost abatement across the economy, ensuring polluters pay and supporting investment in technology and innovation. Australia has a unique opportunity to participate.

Whilst the priority is genuine reduction in greenhouse gas emissions and decarbonisation, there will be a need to offset residual emissions. Carbon pricing will be a key instrument for de-carbonisation, driving the lowest cost abatement across the economy, ensuring polluters pay and supporting investment in technology and innovation. The potential in Australia is material. We have a unique opportunity given our land, coastal and human resources.

A report released last month by Barclays predicts the global voluntary carbon market will grow to US$250 billion by 2030, and more than US$1 trillion by 2050.¹ The Carbon Market Institute says Australia can play a crucial role in this rapid growth, with the potential to generate seven per cent of the world’s annual demand for carbon offsets.²

So how does the country capitalise on this opportunity?

The common thread? The importance of partnerships.

Brendan Foran, CEO of Australia’s largest land restoration organisation, Greening Australia, said the scale of the opportunity to earn carbon offsets through re-vegetation was enormous – but it will take a market-based approach to achieve it.

“I really do believe this is an unprecedented opportunity.”

Foran said that grasping that opportunity will require a change in mindset around the way environmental organisations operate and the types of partnerships they have. To achieve the best carbon outcomes, land restoration should leverage the very best of science, knowledge and history, then combine that with modern R&D and technology.

“We’ve got 50,000 years of traditional knowledge and 30-plus years of deep scientific and ecological knowledge,” he said. “We’ve got people who are incredibly resourceful because they’ve been volunteering or working with small grants. They know the solutions and now it's about leveraging all the things that come from this global market that's standing outside.”

Strategic partnerships play a critical role in this. Foran said that it’s “beyond a single organisation thinking they can do it all by themselves”. Instead, “it’s about how you can shift the mindset on how we've done it traditionally, recognising that what got us here is not going to get us where we need to go next.”

Jessica Jeeves, Partnerships and Stakeholder Relations Manager for the Indigenous Land and Sea Corporation (ILSC), spoke about the potential for Indigenous landholders to participate in carbon markets. For example, a traditional approach to fire management can play a huge role in addressing the issue of carbon.

“It's a practice of strategic cool season burnings … in a mosaic pattern,” Jeeves explained. “It prevents big hot season wildfires. This 50,000-year-old technology turns out to be one of the solutions to one of the world's most pressing problems – climate change.”

Known as the “savanna fire methodology”, this approach can reduce carbon emissions from wildfires by 40 to 50 percent.

With a solution like this, Indigenous communities are able to benefit, too. They can capture and sell carbon credits (for example, to airlines who give passengers the choice of offsetting their carbon used on a flight) and use the funds to invest in schools, employment and education. It’s also a proven approach, with – the first release of savanna fire methodology carbon credits into the open market in 2013.

These types of projects are typically grant funded – something the ILSC facilitates. But it takes years of funding to get them to the point where they can be registered to sell carbon credits. That’s where private partnerships come in.

“There's a huge appetite among Indigenous landholding groups to partner with organisations that are looking to offset [their carbon],” Jeeves said. “My call to action to the private sector is to really jump the fence and cross-pollinate; to work in partnership with the conservation and Indigenous land and sea management sector.”

Creating the fuel of the future

Alan Stuart-Grant, Ampol’s Executive General Manager of Growth and Development, further emphasised the importance of partnerships when it comes to Australia’s carbon market. “We share the view that we're not going to be able to do this [achieve net zero] alone,” he said on the eve of travelling to Glasgow for COP26.

“The magnitude of the task is so great, but it's about mobilising people with common values and targets to be able to make a difference – and fundamentally that needs to be at scale. So bringing together larger organisations or aggregating demand for these type of programs is going to be critical.”

In particular, Ampol is partnering with its customers to understand what products they need for their own clean energy transitions. Currently, Ampol is piloting a carbon-neutral fuel product with its business customers, with further initiatives in development.

Stuart-Grant also noted that while Australia is somewhat behind other parts of the world in terms of energy transition and progress, we shouldn’t forget that the country is a trailblazer in other areas. “We've got one of the highest incidences of rooftop solar anywhere in the world. The grid here is being transitioned to cater for all renewables to come into the system,” he said.

“I think looking at what's happening in places like Europe and the US and how energy transition can be disorderly is something that we can take heat off here and try to minimise. Policy plays a big role in that, but ultimately it's about the companies and the consumers on the ground who are going to set their own targets – as we've done, and as many others have done – to ensure that we’re all leading up to the targets that have been set at the state and federal level.”

You can watch the panel discussion, or find more information on the economy, technology and sustainability at CommBank Foresight, insights for future-facing businesses.

Alan Stuart-Grant was appointed Executive General Manager, Growth and Development in May 2021, with responsibility for delivering opportunities that support Ampol’s International and Future Energy growth agendas.

Prior to being appointed to this role, for over three years Alan held the position of Executive General Manager, Strategy and Corporate Development, with responsibility for Ampol’s strategy, corporate development, mergers and acquisitions and transformation activities.

Prior to joining Ampol, Alan held a senior position in the Oil and Gas department of Glencore plc, and prior to that spent more than a decade in private equity and investment banking, working in Sydney, London and Singapore.

Alan holds a Bachelor of Science (Business Administration) degree from the University of Bath and is also a member of the Australian Institute of Company Directors.

Since joining Greening Australia as CEO in 2011, Brendan has led an organisation-wide governance and strategy reform program that has led to greater levels of impact, efficiency and resilience. He believes that not-for-profit organisations are born out of a need for change and must regularly evaluate themselves to stay focused, relevant and aligned with their internal and external stakeholders.

Brendan has extensive experience in business management and strategy development, with strengths in government relations and liaison, community and stakeholder relations and organisational transformation. Before joining Greening Australia, Brendan was the Corporate Affairs Manager – Eastern States for Alcoa of Australia, is presently the Chair of the Australian Land Conservation Alliance (ALCA) and a former Director of North-East Water and the Gordon Institute of TAFE. He holds an MBA and an Advanced Diploma in Business Management from Federation University, was a 2011 Rotary Foundation Group Study Exchange participant in Iceland and a 2016 Harvard Club of Australia non-profit fellow.

After ten years in the role, Brendan is motivated by the fact that Greening Australia’s 150 staff think bigger than the environment and have a clear vision for healthy and productive landscapes where both people and nature thrive. Over the next decade, he strongly believes that nature-based solutions will demonstrate how economies, the community and the environment can be connected in ways that benefit them all.

Away from work, Brendan lives in North-East Victoria with his wife and two kids who share his love of travel and the outdoors.

Jessica Jeeves is the Manager of Partnerships and Stakeholder Relations at the Indigenous Land and Sea Corporation (ILSC). Her focus is bringing investment and capability partners into high impact Indigenous-led projects to fulfil the ISLCs remit of growing the size, value and productivity of the Indigenous Estate. Previously, Jessica was the Director of the Business Council of Australia’s Business in the Community program, growing corporate sector impact on social and economic inclusion. She spent 5 years at Reconciliation Australia and the early 2000s working on cultural heritage and health projects in remote communities in WA. She lives on Kaurna Country in Adelaide with her husband, two kids and camp dog.