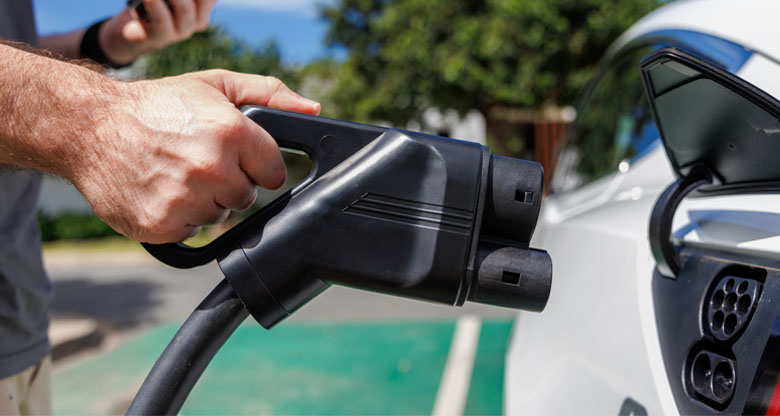 An improving economy and a growing corporate commitment to sustainability has seen more businesses become willing to consider adding hybrid or battery-powered electric vehicles (BEVs) to their fleet, according to new research from CommBank. The research shows that the proportion of businesses using or planning to evaluate hybrid vehicles has risen since January 2021, while fewer companies had no plans to consider hybrid or BEVs, suggesting that sustainability is back on the agenda for Australian businesses.

Nearly 50% of the 900+ decision makers we surveyed said they already had or were looking to implement a sustainability policy in the next 12 months. Those most likely to do so were medium to large businesses that benefit from economies of scale and are less restricted by short-term budget constraints. Businesses with a higher turnover therefore have a greater capacity to lead the way in environmental sustainability, and going hybrid or fully electric with their vehicle fleets is a good start.

More electric vehicles on the way

The uptick in interest occurred across all industry sectors, with a much more positive view on the suitability of BEVs since the start of the year. Although many smaller businesses have been thwarted by a shortage of working vehicles on the market, this is set to change with a number of BEV utility vehicles soon to arrive on Australian shores.

Interest in BEVs was highest in NSW and metro areas, where travel distances are generally shorter, and where there will more likely be sufficient charging infrastructure in future. Sectors like retail/hospitality and services were most interested in making the switch, likely because vehicle transportation is less important to their core business. However, distribution and construction were also showing elevated levels of interest, 32% and 37% respectively, despite being heavily dependent on vehicles.

The sector most reliant on transport– distribution – showed a dramatic change of mind since the beginning of the year, when 47% believed BEVs were unsuitable for their industry, citing battery capacity concerns. This was down to 23% in the latest survey. This shift comes at a time when more vehicle manufacturers are embracing BEV and hybrid models – with a greater number of models available for sale in the Australian market and many carmakers announcing deadlines for all models to be fully electric.

Unsurprisingly, the number of BEV models hasn’t changed much over the past year, as industry battled with supply chain problems induced by the pandemic. In August, the Electric Vehicle Council reported there were just 31 passenger electric vehicle models from 12 different carmakers available on the local market. However, this lack of choice may soon be a thing of the past – by the end of 2022 it’s predicted that there will be 58 electric passenger vehicles available for sale in Australia.

What has held back the transition to electric?

While the move to embrace electric vehicles may be slow, it’s increasingly seen as inevitable. The majority of business decision makers believed BEVs would be mainstream within 10 years (60%), with 39% believing they will be mainstream in five years.

Two major concerns remain­ – battery capacity and the lack of public charging infrastructure. Battery capacity was a particular concern in the construction (47%) and distribution (44%) sectors. However, the Federal Government’s recent announcement regarding funding for more charging stations may help to allay these concerns, with public-private partnerships promised to deliver more than 50,000 charging stations in Australian homes.

The outlook changed a little when hybrid vehicles were considered, with more businesses saying they were likely to adopt hybrid first. With at least 70 hybrid vehicle options on the market – and more light commercial options coming soon – businesses can look forward to greater choice.

The Retail and Hospitality sector, at 37%, was most likely to transition straight to BEVs, while overall, one quarter of businesses believed they would make this transition without going hybrid first. As 40% remained uncertain, it will be interesting to see if and how this figure changes as the economic outlook strengthens.

The CommBank research revealed that price is still a key barrier in BEV uptake, with 50% of respondents saying a lower purchase price would be a key incentive for going electric. Meanwhile, 39% were looking to government incentives to help them make the change. As such, industry production costs and government leadership remain important levers in supporting the transition to BEVs.

Loans offering carbon offset certificates are very appealing, with businesses indicating a greater willingness to purchase hybrid/BEVs if they can use them to offset emissions from other areas of the business. Further, reduced interest rates on loans and leases are a deciding factor for 31% of businesses.

Interestingly, lifetime cost was less of deciding factor, although this may change once the long-term cost savings of running electric vehicles are more widely known.