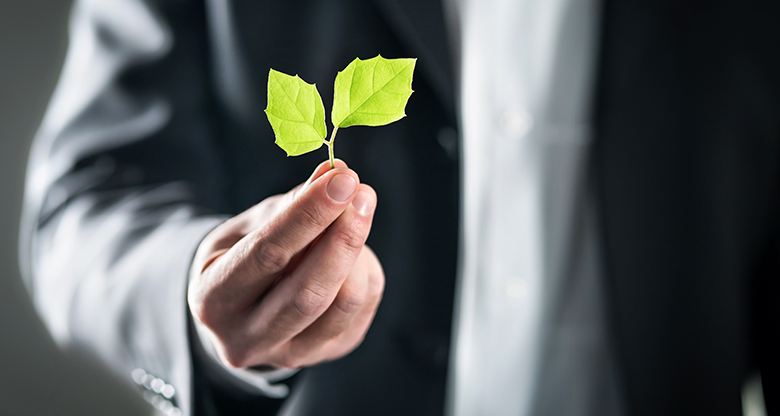 For capital markets, the global sustainability discourse is no longer about whether a low-carbon future is necessary, it’s all about the speed of the transition, says Sean Kidney, co-founder and CEO of the London-based Climate Bonds Initiative.

Speaking at a recent Commonwealth Bank forum, Kidney highlighted the critical role the sustainable finance market and green bonds will play in powering the transition to a greener future.

“We now have a global consensus, particularly among investors in major economies, that the shape of the future is low carbon, clean and green,” Kidney said. “The only question is how fast it will happen, which will have a material impact on different sorts of investments.”

A global push for change

Kidney said the momentum for change has accelerated markedly over the past year, with major economies setting ambitious emissions targets to speed up the transition to a low-carbon reality. The European Commission aims to cut 55% of emissions by 20301, while President Joe Biden has appointed a team of experts to pursue a strong climate agenda in the U.S. China’s president, Xi Jingping, has also committed to a greener economy, but like his American and European counterparts, is encountering opposition from provincial governments.

This collective drive to tackle climate change is creating greater synchronisation between the world’s leading economies.

“This year, we’re seeing the start of talks around a ‘green window’ between China, Europe and the U.S., with low- or zero-tariff zones for trade in zero-carbon products,” said Kidney. “The EU is also looking to introduce carbon tariffs.”

Meanwhile, China has updated its taxonomy to exclude fossil fuel plans, making it easier to align its approach with Europe’s. That’s important because the taxonomies set by governments determine which activities are acceptable as sustainable investments, and therefore which activities attract ongoing investment.

Kidney’s Climate Bonds Initiative is currently supporting a working committee to harmonise the European and Chinese taxonomies and develop a common, collaborative approach that other countries can also follow.

The rise in sustainable investment

As investors foresee the end of fossil fuel usage within the next decade, they’re increasingly turning to sustainable investments underpinned by assets like solar and hydrogen. In particular, green bonds are becoming a premium product, largely due to the liquidity and certainty they offer investors. Green bond markets tend to be defensive, so they’re an attractive option for bond investors who err on the side of caution.

“We don’t really have a lot of liquidity in the Australian market, but we’ve seen a price benefit from green bonds,” Kidney said. “Whenever there's a downturn of the markets, green bonds hold their value. And in March last year when bond trading just stopped and the whole Western global market froze, liquidity remained in green bonds.”

The onus is now on banks to incentivise investment from the private sector, and on governments and regulators to tighten regulatory frameworks. That could include action from central banks to encourage a smooth transition to a greener future, said Kidney.

In Europe, analysis shows that fossil fuel companies have been among the primary beneficiaries of current quantitative easing programs. That’s a concern for central banks who see a managed transition to sustainable energy as critical for financial stability. In response, the European Central Bank is considering placing a green lens on its quantitative easing program, to skew investors towards sustainable options.

The urgent need to move towards a low-carbon future is also pushing the role of bankers into new territory.

“Banks need to become active,” Kidney said. “Every bank is effectively becoming a development bank – creating a future that we need, and want, for the next generation.”

CommBank is seeing an increase in the amount of ESG-aligned loans grow year-on-year and is using its vast data and insight resources to help clients make more informed decisions about transitioning their businesses.