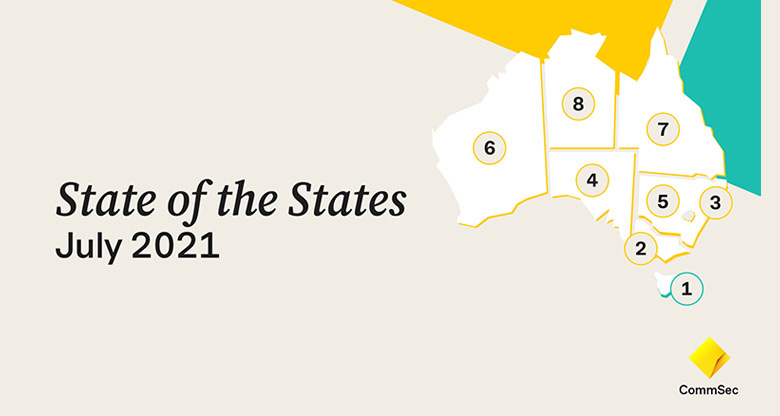 CommSec Chief Economist Craig James says all state and territory economies are performing well, which is remarkable considering the environment is dominated by Covid-19. Tasmania’s success in suppressing the pandemic puts the state in top spot.

Each quarter, CommSec looks at eight key indicators to determine how each state and territory is faring. The current value for each indicator is compared with the decade average, or “normal” level of activity. The eight indicators are:

Here’s how the July 2021 quarter turned out

In relative performance, Tasmania has consolidated its top position well ahead of other economies for the sixth consecutive quarter.

Read the full CommSec report. Plus, you’ll find more articles on the economy at CommBank Foresight, insights for future-facing businesses.