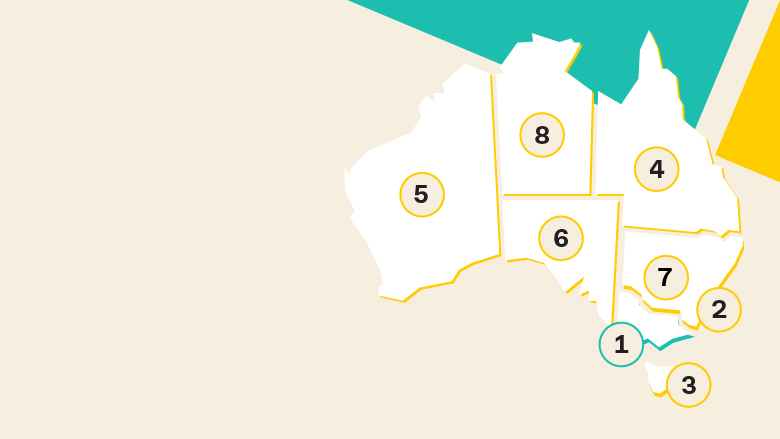 Victoria has overtaken Tasmania as the top-performing economy in the nation in the latest CommSec State of the States report.

Strong retail spending and a strong job market has set Victoria up as the best performing economy in the nation , unseating Tasmania which has held the crown for the past nine consecutive quarters. The ACT has jumped from equal fifth spot to second on the back of increased equipment investment and Tasmania is now ranked third.

CommSec Chief Economist Craig James said that despite the change in the leader board, very little separates the top four economies. “When looking at annual growth to get a guide on economic momentum, Queensland had annual growth rates that exceeded the national average on all eight of the indicators,” James said.

Growth across a variety of sectors

Victoria has the strongest job market in the country with an unemployment rate at a record low of 3.2%, that’s 43.2% below the decade-average. Next best is WA, with its jobless rate near a 13 ½-year low of 3.4%, and down 38% on the decade average.

In the year to June, Queensland saw the biggest growth in employment with jobs up by 4.6%, followed by WA which was up 4.2%. Low unemployment drives demand for consumer goods and thus overall retail spending.

South Australia is strongest in relative construction work while Queensland remains the leader in relative population growth despite strict border and immigration controls through the COVID pandemic. Infographic illustrating insights from the State of the States report July 2022.

Housing finance continued to be an area of growth for most states and territories, with new commitments in all economies above decade-long averages. The ACT reported housing finance commitments more than 70% higher than seasonally adjusted averages for the past decade.

Home prices continued to grow before the announcement of several rate rises – up 11.2% nationally – but at a slower rate than in recent years. Inflation is also weighing on all state economies with the highest figure reported in Perth at 7.6%.

Wages haven’t kept pace with inflation, however, with national wage growth at 2.4%. Wage growth was the strongest in Tasmania and the ACT at 2.8%.

Looking to the future

There is significant momentum in Queensland’s economy with both growth rates and the population to handle new roles being brought to market. “In terms of future economic performance, much will depend on how economies are affected by growing COVID-19 case numbers and also how they respond to a period of rising interest rates,” said James.

July 2022 - State of the States overview

Plus, you’ll find more articles on the economy at CommBank ForesightTM, insights for future-facing businesses.