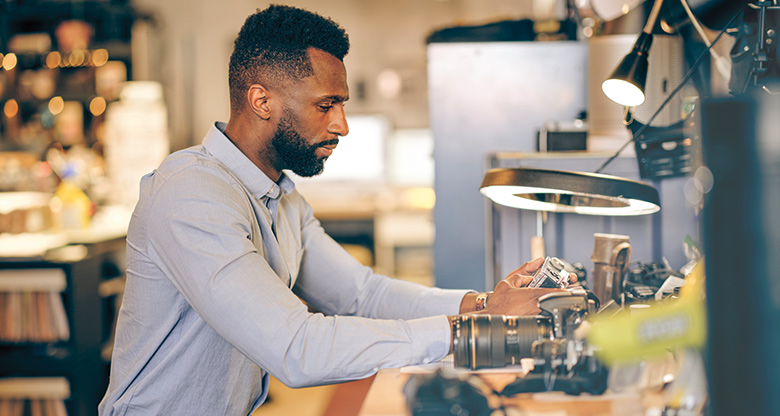 Within 30 years, Western Sydney will grow from a suburban hub to the second largest city in Australia characterised by economic independence, diversity and aspiration. Demographer Bernard Salt explains why and how.

Western Sydney is already the third biggest city in Australia and over the next 30 years it will become an economic powerhouse, driven by manufacturing, logistics, construction, healthcare and a diverse population seeking jobs, prosperity and space.1

The population of Western Sydney currently sits at 2.6 million, making it bigger than Brisbane. Demographer Bernard Salt says that by 2054, that number will surge to 4.9 million.2

Salt describes Western Sydney as a city “that epitomises a growing, diverse, aspirational and can-do Australia”. He says that being rich per capita, Australians like to put their prosperity and wealth into housing and quality of life, and Western Sydney offers that in spades.

Western Sydney extends from Parramatta in the East to the Hawkesbury in the North, the Blue Mountains to the West and Campbelltown in the South.

In much the same way that Silicon Valley grew into an independent city from San Francisco, Salt says Western Sydney is emerging as a self-sufficient city, complete with its own airport, self-supporting services and infrastructure, and is populated by an aspirational generation, many of whom were not born in Australia.

More than most, the region relies on skilled overseas workers. Citing Australian Bureau of Statistics (ABS) migration data, Salt says there has been a shift in the source of the region’s migrant population - from Europe to Asia and India. In the five years to 2016, Census data shows that the number of immigrants living in Western Sydney from:

That compares with a fall of 8 percent in immigrants from the UK and 10 percent from Italy. 3

Salt says skilled overseas workers bring with them a desire to build and prosper and the cohort has helped Western Sydney become Australia’s small-to-medium enterprise and sole trader heartland.

Western Sydney has the “creative migrant ‘can do, must do, want to do’ energy”, says Salt. “It might well be sole traders or small businesses, but it also suggests if that is the case, then this must be the small business heartland of the Australian continent.”

We know that Covid-19 has prompted a shift in work and lifestyle – employees who are able to work from home now want that home to be bigger and more comfortable. Their preparedness to move out of the city to find space, affordability and a more relaxed lifestyle has been well documented. Western Sydney provides that space and affordability and Salt points to the creeping prevalence of home gyms, alfresco dining and “zoom rooms” in newly constructed or renovated homes.

Executive General Manager of Commercial Banking at CommBank, Mark Couter, says the growth in the region provides a significant opportunity for businesses across the board to service this growing population.

“It’s an enormous opportunity for our clients. We need infrastructure to support Western Sydney. That means investment in transport, hospitals, schools and retail precincts,” he says. “First home buyers are chasing the affordability that Western Sydney offers. It also offers more space and the past 18 months has shown us that Australians are investing more in their homes as remote working allows them to have more flexibility in their lives.”

Salt says the region has the ingredients to become Australia’s post-Covid powerhouse and identifies logistics, healthcare and home improvement as standout growth areas.

The region has a natural advantage in warehouse distribution, logistics and fulfilment centres. Storeperson and truck driver rank higher on occupation lists in Western Sydney than they do in the rest of Sydney.

“Covid has also taught us that Australia needs to focus more on manufacturing to address the supply chain issues we’ve seen over the past 18 months,” adds Couter. “Western Sydney has an abundance of land and skilled workers as such large businesses are already moving out there.

“The surge in online spending has created a logistics boom and Western Sydney is becoming a logistics hub. That brings with it a need for hundreds of workers.”

Salt says the next step is to celebrate other aspects of human culture - “art, theatre and museums, that cultural accoutrement you tend to see on the edge of CBDs, as well as sporting facilities.

“So I see it as a very exciting time. If any place on the Australian continent has all the right ingredients to come out of this like a rocket, I say it is Western Sydney.”

Bernard Salt AM is widely regarded as one of Australia’s leading social commentators, writers and speakers. He draws on a range of data sets to interpret social change both now and into the future. He argues that social and cultural change are powerful forces that are reshaping the way we live, the way we work and how we form relationships. He was a partner at KPMG until 2017 and still acts as a special advisor to the firm. He was awarded the Member of the Order of Australia that same year.

Mark Couter is the Executive General Manager, Commercial Banking, at CommBank. He is a relationship-orientated leader who seeks to deliver innovative and targeted solutions to CommBank’s clients across Australia.