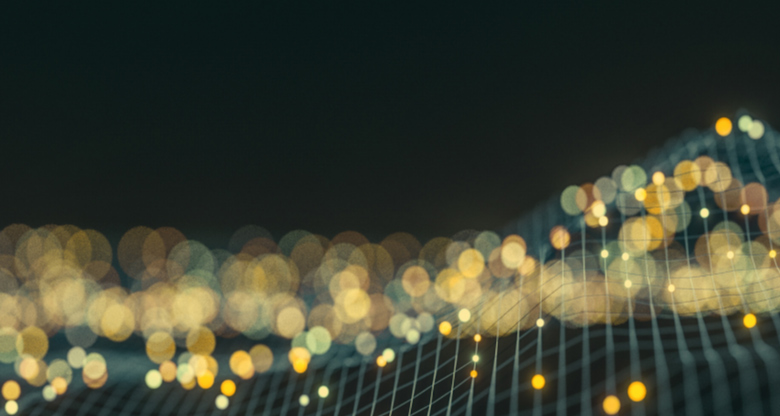 In the first webcast from the Commonwealth Bank’s ‘Navigating a new landscape’ series, futurist Bernard Salt says a new global phenomenon has emerged – the pandemic. That creates concerns but also opportunities for business in the 2020s.

In this article, futurist Bernard Salt outlines how the world and the way we live will change and what that means for Australia.

Within just a few years, optimism and entrepreneurship will characterise post-Covid society in Australia.

This is a much-welcomed prediction from futurist and demographer Bernard Salt as many sectors continue to reel from the impact of coronavirus.

His forecast is, of course, based on history. He explains that highly disruptive global events such as wars and pandemics are followed within a matter of years by a “celebration of life” and innovation. Think the birth of jazz, the Charleston, and the roaring 20’s more broadly, that followed World War One and the Spanish Flu.

Naturally, there will be winners and losers, but the pandemic has created “game changing” events that will have a lasting impact on the way we live and do business.

Pandemics have now emerged as a global threat due to the rapid movement of people across the world via air travel. In 2018 there were 37 million passenger flights*.

“That gives you an idea of the interconnectedness. If there is an outbreak anywhere … within a matter of weeks it can be across the planet,” Salt told the first of the Commonwealth Bank’s webinars on cause & effect, and what’s next. “This is something we’re going to have to manage, to develop protocols for. That will create business opportunities, and concerns, in the 2020s.”

Australia is well placed for recovery Salt said, thanks in part to its low coronavirus death rate compared with other English-speaking countries.

“This is going to result in Australia in the 2020s being perceived as a safe haven, a place of good governance … a good place to invest, to migrate to, to study in, to visit and to shift to if you’re a business migrant,” Salt said.

Net migration has plunged this year and probably won’t rebound until 2023, he said, but it will recover due to that perception of Australia as a safe refuge.

Similarly, Salt stated that Australia’s internal demographics, the numbers built in to the economy, will position the country for a strong recovery. Generational shifts mean for example that millennials will enter “family formation”. That is, they’ll move to an area where they can buy a bigger house and will increase demand for goods and services.

In explaining the importance of entrepreneurs to economic recovery, Salt said that half of the 10 biggest companies in the US – Apple, Microsoft, Amazon, Google and Facebook – were founded in a single generation and driven by its grass-roots culture of entrepreneurship.

In comparison, only two of the top 10 businesses in Australia were founded less than 50 years ago.

“We really haven’t created anything of substance and scale, you could argue, in almost a 100 years … and I think that highlights a fundamental difference between the two nations: we’re not quite as entrepreneurial at the upper most level as the Americans and this will be a challenge for Australia going forward,” Salt said.

“We need a shift in values towards supporting and admiring people who have the fortitude to take risks and create a business.”

Salt predicts Australia’s 1.5 million sole traders will be key to that culture as they will be nimble enough to ride out the storm.

Salt said a legacy of the coronavirus will be a focus by business on supply chain sovereignty and that focus will reach board level. Companies will seek new partners and this will lead to trading alliances with trusted and proven suppliers into the 2020s, particularly the US and Japan.

He said, other companies will look for solutions onshore which will drive a renewed need for manufacturing in Australia and that in turn with impact industrial spaces in our cities. Logistics, transport, distribution and warehousing will be growth businesses in a post-Covid environment and there is already increased demand for those roles in the job market. Other growth industries will include healthcare, agribusiness and technology, particularly automation.

From city dwellings to regional hubs

“Lockdown has been a bizarre social experiment that has shown workers, workplaces and bosses that many people … can be just as effective working from home,” Salt said.

“This is going to have a profound impact on the shape of our cities, the demand for services, the value of property, the value of commercial property. It has the potential to be a game changer. Plus, it’s underpinned by generational shift.”

Salt forecasts that the number of people working from home will double or triple and that within 20 years cities we know today will be compartmentalised into fully-serviced mini cities and regional hubs, precipitating a shift in property values.

His final prediction? Sea change and tree change 2.0 could mark one of the big social shifts of the 2020s.

About Bernard Salt AM

Bernard Salt is one of Australia's leading social commentators and business analysts. He draws upon vast datasets to interpret the overall trajectory of social change in the past and into the future. He argues that social and cultural change are rising forces that are reshaping the way we live, how we work and even how we form relationships.