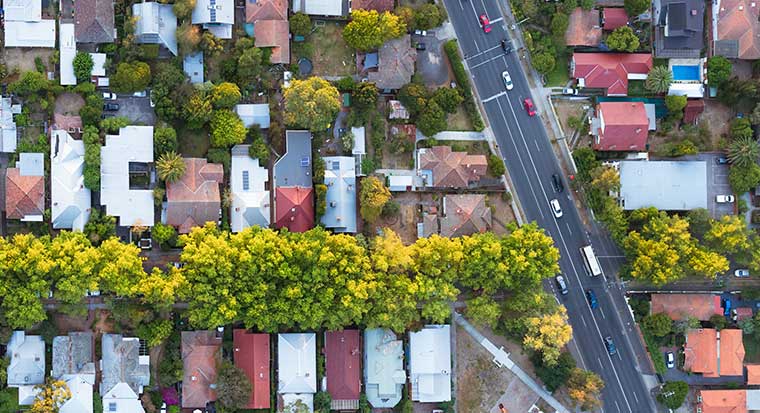 In September, Australia entered its first recession since 1991, based on the technical definition of the term.

Gross Domestic Product (GDP) figures revealed the national economy shrank 0.3 per cent in the March quarter, amid bushfires and the early stages of the pandemic.

Throughout the June quarter, GDP plunged seven per cent - the largest contraction on record.

This record fall in economic activity was largely driven by the private sector – much of which was restricted (and in some instances shut down) by the COVID-19 pandemic.

Importantly however, the economic shutdown, combined with Australia’s testing, tracking and tracing methods, ultimately helped to slow the spread of the COVID-19 virus and kept the rate of infection in Australia very low by global standards.

Looking ahead, it is fair to say the economic side-effects associated with COVID-19 will hang around for some time to come.

Even with an expected recovery in economic growth of around 2.0 per cent – 2.5 per cent in 2021, it will take until at least the first quarter of 2022 before the Australian economy returns to the same size as it was pre-COVID.

Indeed, any economic recovery will be slow.

Population growth – which has long played a key role in Australia’s economic growth – will continue to slow dramatically.

Such an outcome could be expected to have a significant impact on many sectors of the Australian economy, including residential construction, education, tourism, agriculture and retail consumption – to name but a few.

A collapse in the population growth rate is, therefore, one of the key risks for the Australian economy over the coming years. In a post-COVID recovery phase, it will be critical for the Commonwealth and state governments to work more closely together to support a long-term sustainable population strategy.

This could include measures to better target and manage international immigration and policies aimed at supporting improvements in the natural population growth rate.

In addition to a falling population growth rate, the unemployment rate is expected to remain high in coming months, peaking around 7.8 per cent, before declining in 2021.

With this in mind, it is likely the monetary policy setting will remain accommodative over a number of years.

Apart from the broad tools on monetary policy, the pathway to recovery for the Australian economy is also likely to involve a number of targeted policy measures.

Specifically, as the government identified in the Budget, a focus on infrastructure spending will continue to be a key part of the economic recovery plans.

The Government’s decision to bring forward the legislated income tax cuts to 1 July 2020, which were originally slated for 1 July 2022, will also help support demand growth in the economy.

Finally, current diplomatic tensions in the trade relations between Australia and China will need to be resolved if we wish to return to economic growth in not-too-distant future.

China is Australia’s largest trading partner – by a long way – taking close to 40 per cent of Australia’s exports.

If Australia’s trade relationship with China was to deteriorate significantly, and especially if it was to spread to the country’s major commodity exports, then this would be a source of downside risk to Australia’s economic growth outlook.