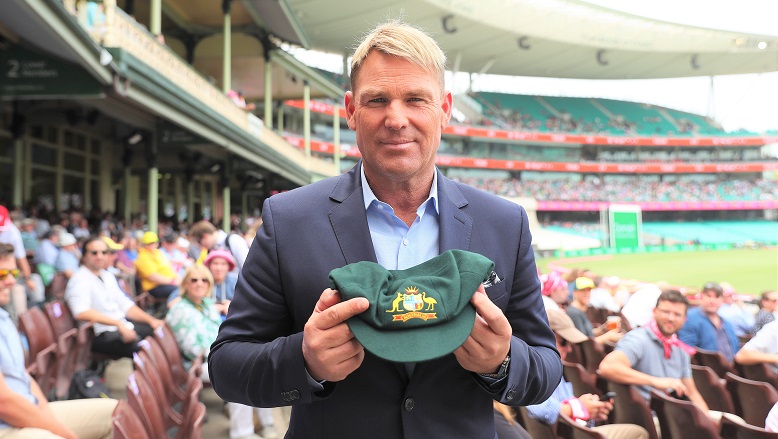 Australian bushfires – one year on

This time last year, many parts of the country were suffering through some of the worst bushfires on record.

Thousands of homes and buildings were destroyed in the fires, which also claimed a number of lives.

Determined to help those in need, Australian cricketer Shane Warne auctioned off his cherished ‘Baggy Green’ cap to raise money for the bushfire appeal.

The highly coveted possession was worn throughout Warne's 145-match Test career for Australia, where he took 708 wickets.

Shane Warne was amazed when his Baggy Green eventually sold at auction for just over $1 million – all of which was donated to the Australian Red Cross Disaster Relief and Recovery Fund.

The cap was bought by Commonwealth Bank’s chief executive, Matt Comyn, on behalf of the bank.

Mr Comyn said he was delighted the bank had secured the cherished Baggy Green and commended Shane Warne for putting his cap up for auction.

“He has demonstrated the same Aussie spirit we are seeing across the country with acts of generosity and dedication throughout this disaster as communities rally to support each other,” Mr Comyn said in January 2020.

After acquiring the Baggy Green, the bank took the cap on a fundraising tour across the country before retiring it as a permanent exhibit at the Bowral-based Bradman Museum in August 2020.

Over a period of six months, the baggy green visited schools, cricket clubs, and community centres. It even made an appearance at the Australian Women’s Cricket Final at the Melbourne Cricket Ground on International Women’s Day in 2020.

On 27 August, Sir Donald Bradman’s Birthday, the cap joined a collection of thirty baggy greens dating back to the 1800’s to present day at the Bradman Museum.

After officially handing Warnie’s Baggy Green to the Bradman Museum at their opening ceremony, CBA Chief Executive Officer, Matt Comyn, said: “Once again we see the power of the Baggy Green to inspire and lift our nation.

“Even though our tour of the cap was cut short due to coronavirus, through the Bank’s contributions to disaster relief and the support of our customers, we contributed close to $20 million to support the community over the past financial year.”

In addition to the purchase of Shane Warne’s Baggy Green cap, throughout 2020 the bank delivered 213 grants to organisations across Australia that were adversely impacted by the bushfires through its Bushfire Recovery Grants program.

The bank and its customers also donated in excess of $4 million to the Australian Red Cross, and raised over $350,000 via the ‘Fiver4Fires’ National Staff Fundraising Day.

Commonwealth Bank’s Head of Community Investment, Nathan Barker, said the bank was proud to be able to help organisations and communities impacted by the 2019/2020 bushfires.

“2020 was a tough for year for so many Australians in more ways than one, and we wanted to do whatever we could to ensure 2021 is a brighter and better year,” he said.

To commemorate 12 months following Australia’s devastating bushfires, over the coming weeks and months CBA Newsroom will share some of the stories of hope and optimism that the bank was privy to through our Bushfire Recovery Grants program.