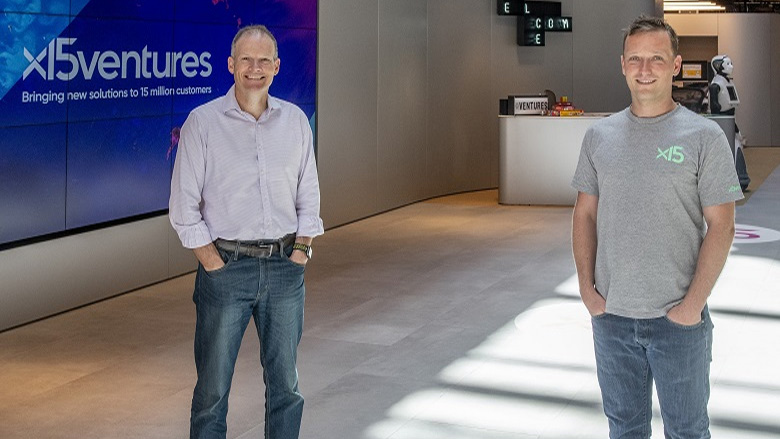 Ben Heap has been appointed non-executive, independent Chairman of x15ventures, bringing a wealth of financial services and fintech experience to the role.

Mr Heap is well known in the start-up and investment industries, having held a number of senior roles at Australasian Wealth Investments; UBS Global Asset Management; the Financial Services Council; and as founder of H2 Ventures, a fintech-focused venture capital fund.

Speaking about his appointment, Mr Heap said he was honoured to be announced as the first non-executive, independent Chairman of x15ventures.

“Since its launch, x15ventures has had a relentless focus on creating an environment for new businesses to flourish. I look forward to working with the Board and the management team to continue this focus, and further empower Australia’s innovators to bring new solutions to market,” he said.

In addition to the appointment of Mr Heap, x15ventures has appointed its first external Portfolio Advisor, Jane Martino.

In her new role, Ms Martino will provide insight and recommendations to x15’s investment committee regarding the funding of potential new ventures.

Ms Martino brings more than 20 years’ experience in entrepreneurial, growth and business management roles, and is a passionate supporter and participant in the Australian start-up and investment ecosystem.

“I believe the next wave of major breakthroughs for customers will be delivered via high-growth start-ups obsessed about solving problems faster and better than ever before. I am excited to be able to help x15ventures identify and support these new opportunities, which will ultimately empower Australian customers like never before,” she said.

In welcoming the new appointments, x15ventures Managing Director, Toby Norton-Smith, said: “Jane brings a rare blend of successful entrepreneurial experience and a track record of scaling and growing businesses with venture capital and corporate investors and distribution partnerships – making her the ideal person to support and qualify the next opportunities for x15.”

“I am also delighted to welcome Ben as the non-executive, independent Chairman of x15venture’s Board. Ben’s long and celebrated career in financial services, as well as his extensive experience in the start-up scene, will help to deepen the Board’s existing skills and expertise.

“I look forward to working alongside him as x15 continues its mandate of building and investing in companies that will shape Australia’s future in the world.

“Both these appointments speak to x15 and CBA’s commitment to bring the right external experience and challenge from the Australian technology, investment and fintech community, to ensure x15 delivers on its promise.”

Ben Heap has over 25 years of financial services and investment experience in Australia and the United States. In 2015, he co-founded H2 Ventures, a fintech-focused venture capital fund and accelerator. H2 has invested in more than 50 fintech start-ups over the past five years.

Mr Heap is respected for his expertise in working with entrepreneurial founders and high growth companies. He is also an experienced public company director and a member of the Federal Government’s Fintech Advisory Group. He was previously a Non-Executive Director of the Financial Services Council (FSC), a leading industry representative body in the financial services sector, and he co-chaired the FSC's Global Markets Board Committee.

Mr Heap holds degrees in Science (Maths) and Commerce (Applied Finance) from the University of New South Wales, and he is a graduate of the AICD.

Jane Martino has built multiple organisations to successful exit across the marketing, media and digital sectors.

As well as delivering strong outcomes for shareholders, she focusses on building high performing teams, knowing the key to growing successful businesses is growing their people.

Ms Martino’s experience includes founding and exiting Undertow Media (now Bastion Effect following its sale to the Bastion Group in 2009), and digital platform Shout which was acquired by ANZ Bank in 2015 where she subsequently held the role of Head of Social Segment. She was also Director at Melbourne Football Club from 2015-2020.

As a passionate supporter and participant in the Australian start up scene, Ms Martino is also an investor and advisor to high profile start-ups such as content and influencer marketplace, TRIBE, activation platform brandcrush, renowned plant-based business Deliciou, and recently launched, Sorted. She was an early stage investor and advisor at Unlockd, eventually leading the Australian start up operationally as CEO.

Ms Martino is also Chair and Co-Founder of the globally recognised tech-based NFP Smiling Mind that delivers free online Mindfulness Meditation programs to young people. Since launching, Smiling Mind has more than 6 million regular users of its individual program with the education program used in more than one third of Australian classrooms each day.

Ms Martino is a published author with her series of six Thank You books printed in 2004 by ACP Books. In 2016 she released a book entitled Mindfulness Made Easy, now in its second print run with Hardie Grant. She has also authored five children’s books, the first two of which was published in October 2020 and January 2021 respectively.