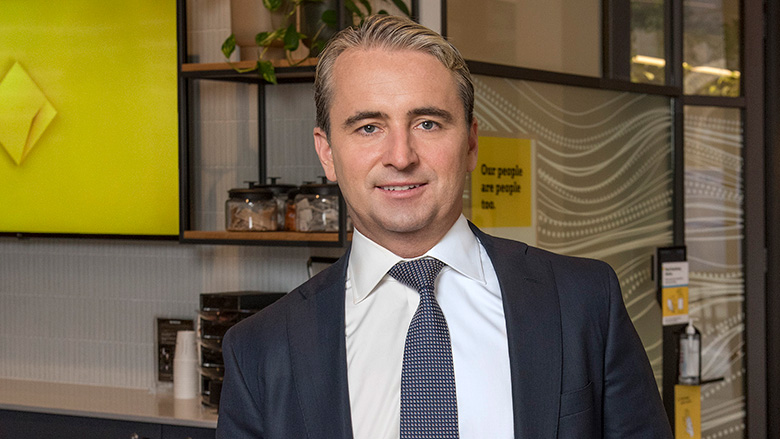 Interim profit delivers improving outcome for shareholders with half year dividend of $1.50 a share.

Commonwealth Bank has unveiled a cash net profit after tax of $3.89 billion for the first half of its 2021 financial year as it faced the economic impacts of the COVID-19 pandemic and stepped up its support for customers affected by the crisis.

The result – covering the six months to 31 December 2020 – was struck against an economic backdrop characterised by historically low interest rates as well as the ongoing uncertainty associated with COVID-19, which ultimately led to the first national recession in almost 30 years.

CBA reported a statutory net profit after tax of $4.88 billion, 21 per cent lower than the prior comparative period. Nearly two thirds of this was due to lower one-off gains on disposals and about a third was due to a decrease in cash profits from continuing operations, down 10.8 per cent to $3.9 billion. When the impact of COVID-19 and remediation costs are excluded, cash profit was broadly flat.

A highlight of the half year financial result was the strong business performance that delivered record volumes over the period. Over the past six months, home lending balances have grown at 1.5 times system, while business lending grew at approximately three times system over the year. In addition, new business transaction account openings grew 50 per cent in comparison to the prior comparative period.

The consequences of COVID-19 have also seen the bank raise its total provisions to cover for potential future write-downs to $6.8 billion, giving it room to handle a range of various economic scenarios.

The bank’s financial strength is further reflected in its level of capital with strong organic capital generation together with the divestment program proceeds, taking the Common Equity Tier 1 (CET1) capital ratio to 12.6 per cent. That was 90 basis points higher than 12 months ago and more than 200 basis points above APRA’s 10.5 per cent ‘unquestionably strong’ benchmark. As such, the bank remains one of the best capitalised large banks in the world on an internationally harmonised basis.

The strong business performance combined with significant capital surplus allowed Commonwealth Bank to deliver an interim dividend of $1.50 per share – a 67 per cent payout ratio – and fully neutralise its Dividend Reinvestment Plan.

This dividend payout ratio is slightly below the bank’s target dividend payout range, but is reflective of a period of economic uncertainty, and is in accordance with the latest APRA industry guidance released in December.

“We have refreshed our strategic priorities to build on our strong foundations and position us for the future. This is an evolutionary change to enable the bank to focus on the new challenges and opportunities ahead. We have set an ambitious agenda and are committed to building tomorrow’s bank today for our customers,” Mr Comyn said.

Looking ahead, Mr Comyn said the bank was committed to supporting its customers and helping the economy recover.

“Australia is relatively well positioned having started from a position of fiscal and economic strength. We have a solid pipeline of infrastructure projects, the outlook for mining and agriculture exports is strong, and the community has benefitted from the Government’s significant income support measures,” he said.

While the outlook was positive, Mr Comyn sounded a note of caution, stating the coming months may present economic challenges as the government’s stimulus measures start to roll off.

“We continue to monitor our lending portfolios closely for any signs of stress. The low interest environment will continue to put pressure on our revenue which is why we remain focused on performance, operational execution and capital allocation.”

Mr Comyn added that CBA was well-placed for the challenges ahead, stating: “The strength of our balance sheet and capital position enables us to support customers and help lead the country through recovery.”