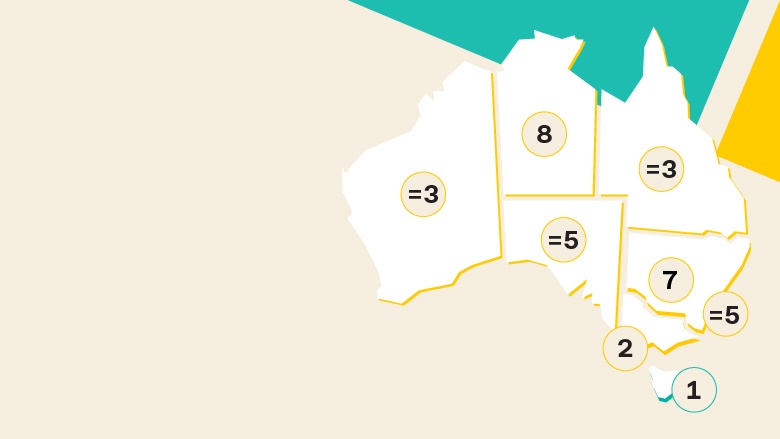 For the ninth quarter in a row, Tasmania has once again led the rankings as the best performing economy, according to the latest CommSec State of the States report.

Interestingly, in the previous survey Tasmania led on four of the eight indicators, while in this report, the state led on just one indicator and placed either second or third on five other indicators.

The other state and territory economies all followed closely together, with Victoria second; Western Australia and Queensland joint third; the ACT and South Australia joint fifth; NSW seventh; and the Northern Territory eighth.

As Australia’s state and territory economies now embrace a ‘living with COVID’ posture, the CommSec State of the States report uses the latest available information to provide an economic snapshot of each region.

Speaking about the latest report, CommSec Chief Economist Craig James said all of the country’s states and territories were performing well in these challenging times.

“Tasmania has held top position in the performance rankings – solely or jointly – for nine consecutive quarterly surveys. While it has been the dominate leader over much of this period, it is now possible that Tasmania will be challenged for the top spot over the next six months,” Mr James said.

“Victoria, South Australia and Western Australia each led the rankings on two indicators, while Tasmania led on just one indicator – down from four indicators in the previous survey.” 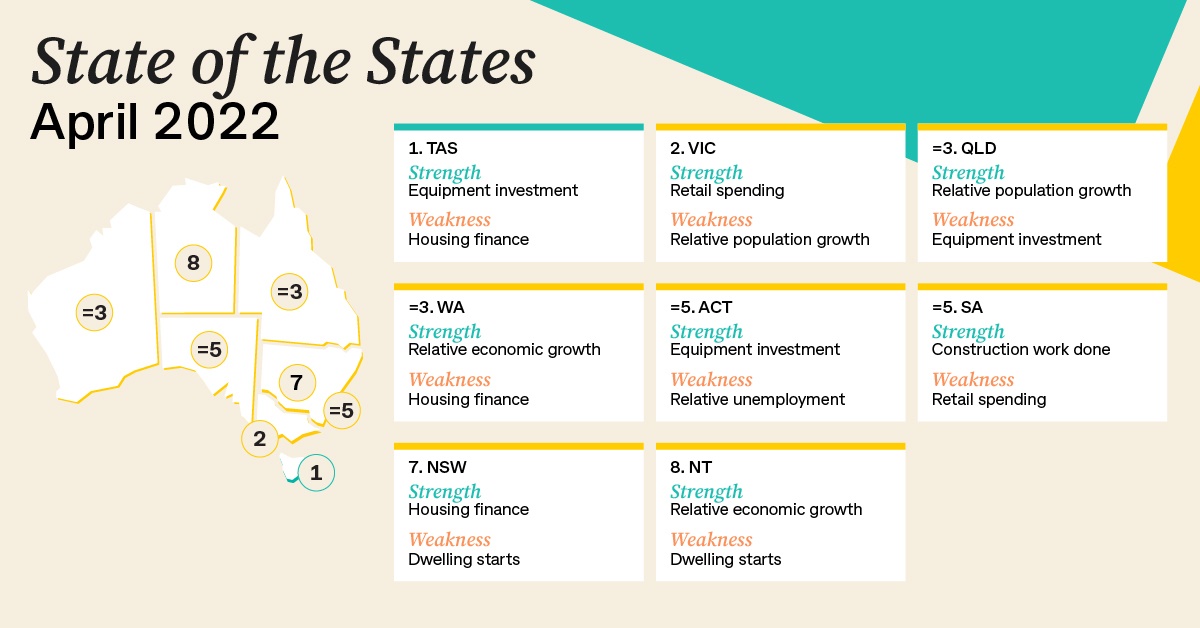 “The opening of local and foreign borders will likely present both challenges and opportunities in coming months, with Queensland and Western Australia most likely to benefit from the opportunities presented.”

The State of the States report uses the most recent economic data available, however while some data relates to the December quarter, other data – such as unemployment – is timelier, covering the month of March.