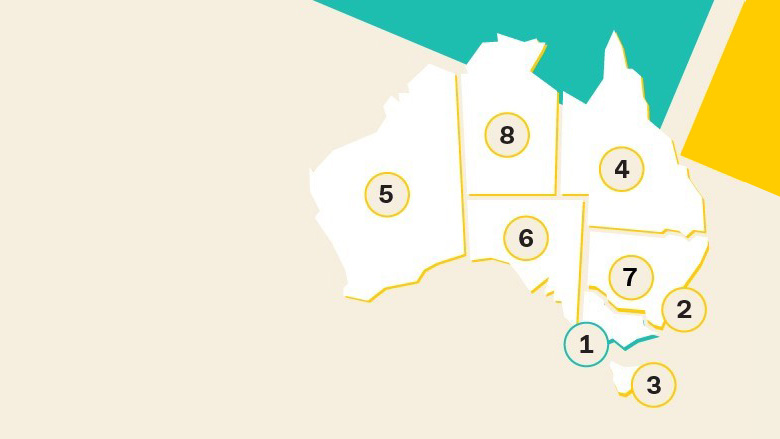 After nine quarters at the top, Tasmania has slipped to third position in the rankings of the best performing economies, according to the latest quarterly CommSec State of the States report.

Victoria leads the economic rankings, closely followed by the ACT and Tasmania, with Queensland not far behind in fourth position, with little separating the top four positions.

Behind the top grouping of four economies is Western Australia, South Australia and NSW, followed by the Northern Territory.

Across Australia’s state and territory economies, governments are now managing the effects of ‘living with COVID-19‘, supporting consumers and businesses amid cost of living pressures, while at the same time scaling back stimulus measures.

Speaking about the report, CommSec Chief Economist Craig James said there was little separating the country’s state and territory economies.

“Victoria may have moved to the top of the economic leader-board, but there is little to separate the top four economies,” Mr James said.

“When looking at annual growth to get a guide on economic momentum, Queensland had annual growth rates that exceeded the national average on all of the eight indicators.”

“In terms of future economic performance, much will depend on how economies are affected by growing COVID-19 case numbers and also how they respond to a period of rising interest rates.”

Read the full July 2022 State of the States report here