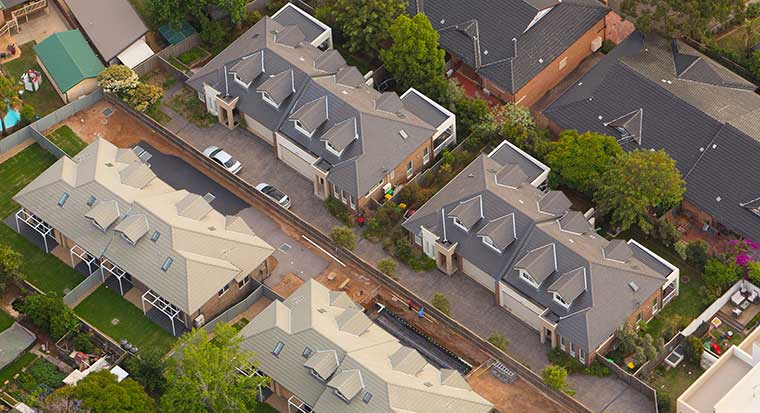 Melbourne and Sydney continue their strong start to 2020, with most other capital cities also on the up.

Australia's largest cities are once again showing double-digit annual growth in the value of their property markets, as Sydney and Melbourne both posted another month of healthy increases.

The latest results of CoreLogic's Home Value Index confirmed gains of 1.7% and 1.2% in Sydney and Melbourne respectively over February, with all other capital cities except Darwin (down 1.4%) showing more modest gains.

The ongoing price recovery in the two largest capital city markets, which began in the second half of 2019, means both cities are now back to recording annual price growth above 10%. Sydney property prices are now up 10.9% compared to this time last year, with Melbourne close behind at 10.7%.

Melbourne's median property value is now at an all-time high of $689,088, surpassing its September 2017 peak. Brisbane, Canberra, Adelaide and Hobart are also tracking at record highs, while Sydney's median ($872,934) remains 3.7% below its 2017 peak despite the city's current strong performance.

Based on current growth rates, the NSW capital is expected to reach a new record median value high by May.

“The primary factors driving this rebound remain in place and include an extremely low cost of debt and improved borrowing capacity," said CoreLogic head of research, Tim Lawless.

"However, considering the sluggish pace of household income growth, housing affordability is eroding rapidly, which is likely to see some parts of the market become less active.”

He cautioned, however, that while "one could be forgiven for thinking that the Australian economy was ‘booming’ based on the exceptional rise in dwelling prices since mid-2019, the recent past has shown that as long as unemployment is low, the primary driver of property prices is the level of interest rates rather than the rate of growth in economic activity".

Aird cited firm auction clearance rates, lifting house price expectations and accelerated credit flow as indicators that property prices would theoretically continue to rise strongly over the first half of 2020. But both he and Lawless warned about the risks and uncertainty COVID-19 (coronavirus) posed to the market in the months ahead.

"This may weigh on sentiment in the property market."

How did property prices fare in your city in 2019?