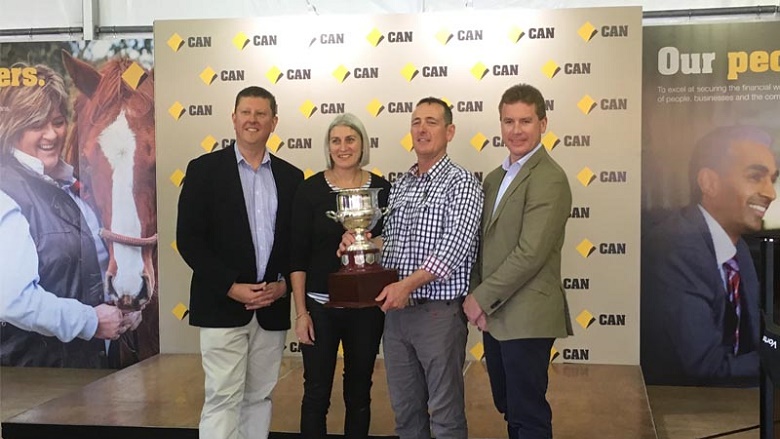 Mr Rummery, an agronomist and integral part of the Walgett community over his almost 30-year career, was acknowledged for his commitment to research and collaboration to create more sustainable methods of farming.

The Brownhill Cup, presented by Commonwealth Bank and the Brownhill family, is one of Australia’s most prestigious agricultural awards. It is awarded annually in recognition of innovative farming practices that improve sustainability, productivity and profitability in agriculture.

“What’s amazing about Greg’s achievements is that while he was initially focussed on improving the viability of farms in the Walgett region, his contribution has been pivotal in changing practices all across the country,” Mr Harvey said.

In the early and mid-1990s, farmers in the Walgett area of northern NSW worked with Mr Rummery to identify new crops and practises that would be suitable for the area, under the banner of the then NSW Agriculture Department and later in the period, Walgett Sustainable Agricultural Group.

One of the major changes the group initiated was the development of chick pea production in the area, which forged the way for increased production of chick pea crops across Australia.

“It’s been really rewarding to have a committed group of growers come together for a common cause,” Mr Rummery said.

“I really want to bring the best of the industry into this district, and after the last few tough years we’ve had with drought in the area we’ve got an opportunity to recover and really bounce back. What had worked before was not working any more. We knew that we needed to change as a district and that farming needed to change as a business model.”

“The work he has done to initiate change has had more far-reaching effects than he and his group at the time could have ever imagined. Their efforts not only improved the long-term sustainability of the region’s yields and the community that depends on them, but they also helped shape industry best practice,” Mr Brownhill said.

In addition to receiving the perpetual trophy, Mr Rummery received a $2,000 prize from Commonwealth Bank and the Brownhill family, which will help him to participate in an industry event that aligns with the goals of the Brownhill Cup.