ASB Chief Executive to retire in 2018 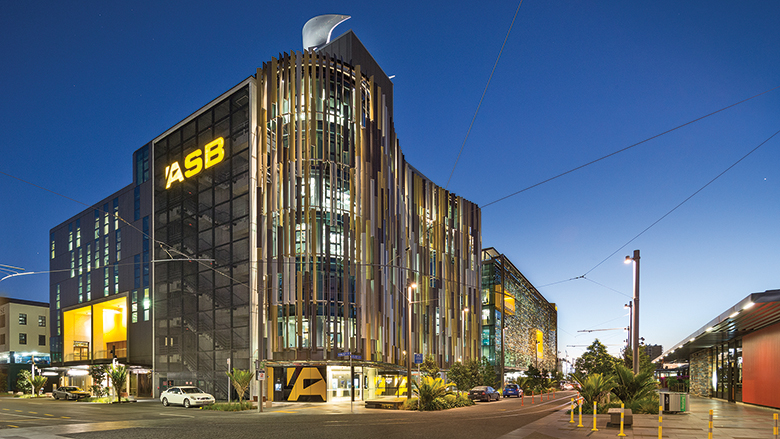 The Board of ASB has announced that Chief Executive and Managing Director, Barbara Chapman, intends to retire at Easter 2018.

ASB Bank Limited is a wholly owned subsidiary of Commonwealth Bank of Australia.

Ms Chapman has held the role at ASB since April 2011.

The ASB Board has commenced a recruitment process to ensure a seamless leadership transition.

Further information: ASB’s announcement is below.

ASB has announced that Chief Executive Barbara Chapman intends to retire at Easter 2018. Ms Chapman has held the role at ASB since April 2011.

ASB Chairman Gavin Walker says that Ms Chapman will leave a lasting legacy at ASB. “Barbara’s decision to retire caps a remarkable career of continuous service to ASB and the Commonwealth Bank Group more broadly.  She has been a passionate and effective Chief Executive for ASB and its people, successfully leading the organisation through a period of unprecedented change and market disruption. During her tenure, ASB has continued to transform into a digitally focused organisation with a renewed commitment to delivering unbeatable customer experiences across all its channels. She has played a key role in growing ASB’s annual profits from $568 million in 2011 to more than $1 billion in the most recent financial year-end. The Board, and CBA as shareholder, are grateful for Barbara’s leadership and dedication to ASB’s long-term success. She has built an outstanding leadership team that will continue to seamlessly execute the Bank’s strategy to achieve its goals and vision.”

ASB Chief Executive Barbara Chapman says that after seven years leading one of New Zealand’s oldest and largest financial institutions, the time feels right to hand over to the next generation of leadership. “Being Chief Executive of ASB has undoubtedly been the highlight of my career and I shall always be proud of what we have achieved. It has been a privilege to work with such passionate people over the years and I will continue to watch their careers with interest.  ASB is set on a strong course for the future as we continue our focus on digital transformation, customer service and fostering a culture of collaboration across the Bank. In terms of my own future, I am just excited to be able to take some time to think about areas of future interest and challenge.”

The ASB Board has commenced a recruitment process to ensure a seamless leadership transition.

Barbara commenced as Chief Executive and Managing Director of ASB Bank in April 2011.  Since 1994 she has held a number of diverse senior executive roles with the Commonwealth Bank Group of companies, having started her career with the Group as Chief Manager Marketing at ASB.  In 2004, Barbara moved into the role of Managing Director and Chief Executive Officer of Sovereign Assurance Company Limited, the Group’s New Zealand Life Insurance business. She then crossed the Tasman on secondment to the Commonwealth Bank in 2006, joining the Group Executive team there as Group Executive, Human Resources and Group Services. Barbara is a former Chair of Oxfam New Zealand and a former Director of Oxfam International. She was also an inaugural Trustee of the New Zealand Equal Opportunities Trust and was its Chair for several years. She was New Zealand’s inaugural "Marketer of the Year" and has received numerous awards for innovative and effective marketing throughout her career.