Celebrating 25 years on the ASX with the Habibs

Celebrating 25 years on the ASX with the Habibs 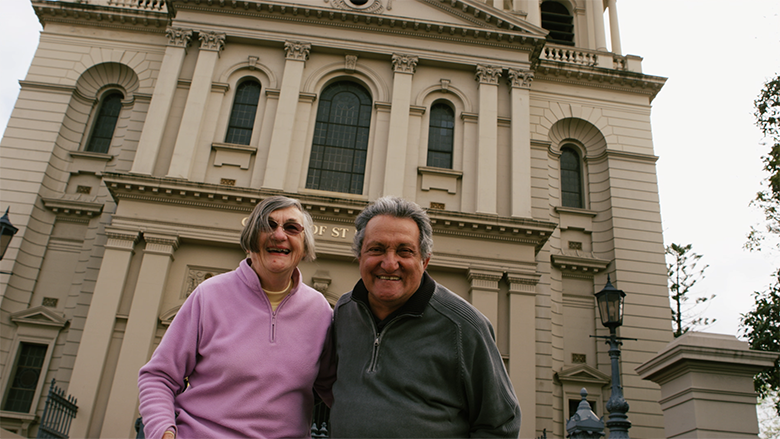 The Habibs are the face of the more than 800,000 “mum and dad shareholders” who we are celebrating this week as part of CBA’s anniversary of first listing on the Australian Securities Exchange (ASX) 25 years ago.

Now retirees who live in the western suburbs of Adelaide, the married couple have had a long association with the Commonwealth Bank. As well as choosing CBA to buy their first home in 1975, the Habibs were also among the many thousands of Australians who bought shares in the initial public offer of the bank in 1991.

Like many who subscribed to the first float of the bank, Joan and George have continued to hold onto their shares and, over the past 25 years, they have watched their investment grow and enjoyed steady dividends. Since listing, CBA has consistently returned between 70 per cent and 80 per cent of profits to shareholders and in the 2016 financial year more than $7 billion was paid in dividends to Australians like the Habibs.

Joan and George continue to be customers of CBA and, since their first association with bank, now also have one family member working at the bank.

Commonwealth Bank would like to thank all our shareholders for their support.

To learn more about CBA’s 25 year history as a listed company, keep checking back at commbank.com.au/newsroom.

Find out about CBA's contribution to Australia

Our contribution to the Australian economy