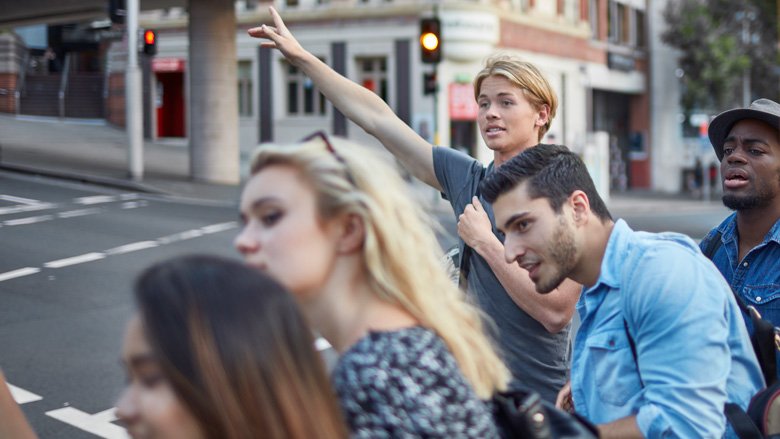 Commonwealth Bank research shows Aussies are spending much more on transport than before, with the popularity of car sharing services going through the roof.

Australians have spent almost 30 per cent more on transport in 2017 than the year before, with Commonwealth Bank customers shelling out a staggering $2.2 billion getting to their destination.

Hailing taxis and catching rides seems to be the new black, with private transport also experiencing a 30 per cent increase on the year before. CBA customers spent $1.6 billion in 2017 to enjoy the comfort of a car service.

In fact, customers have already spent more than $55 million on private transport in the first few weeks of January*.

Pete Steel, Executive General Manager Digital, Commonwealth Bank, says there are a few factors impacting this growth, including the increasing popularity of car sharing services, and people increasingly using their card to pay for transport.

Mr Steel said being aware of how much we’re spending each month is the first step to making small changes that can add up to real savings.

“Australians have paid an average of $28 per taxi or car trip last year, and while sometimes it’s worth paying for the convenience of private transport it is so easy for these types of costs to get out of hand.

“We know many Aussies set savings goals as part of their New Year resolutions, so it’s important to be able to keep track of spending.

“With customers increasingly using their debit cards to pay for private transport services, we are extending our Spend Tracker feature to help encourage all of our customers to keep an eye on their spending.”

The Spend Tracker feature is now available to all our debit card customers. Available in the CommBank app, the feature automatically categorises debit and credit card purchases and tells customers how much they’ve spent on things like groceries, bills, entertainment, transport, shopping and dining out.

“Transport expenses may seem like unavoidable costs, but by keeping track of monthly spend in real-time, it means our customers can make better decisions on where to spend their money,” said Mr Steel.