Aussies splurge on dining out 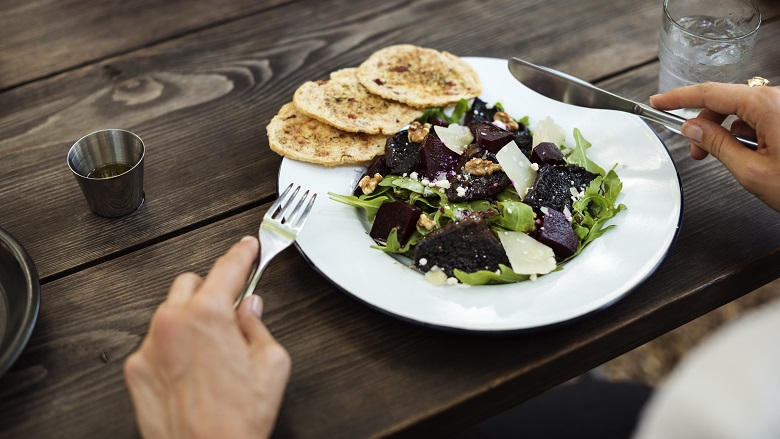 Commonwealth Bank customers are spending more than $640 million per month on fast food and restaurants, with millennials making up the largest portion of people who dine out on a regular basis, according to new Commonwealth Bank data.

An average Aussie is spending around $90 per month on fast food, a 20 per cent increase compared to two years ago, and $143 per month on restaurants, up 6 per cent since July 2015.

“People under 30 make up almost half of all fast food purchases, and a third of restaurants’ trade. Interestingly, they’re not the ones spending the most money.

“Customers aged 40 to 45 spend the most per month on fast food, potentially because they are purchasing meals for a family, while those aged between 50 and 55 spend the most in restaurants - $184 a month on average.

“Interestingly, spending on groceries has remained fairly flat only increasing by 2 per cent in the last two years,” Mr Steel said.

In an increasingly cashless society, where purchases can be processed with just the tap of a card, it is easy to lose track of spending on things like fast food, entertainment, shopping and dining out.

Mr Steel said it’s important for customers to be able to keep track of their spending, especially when it comes to expenses that could be avoided, planned for or reduced, like dining out.

“Everyday spending can amount to a lot of money at the end of the month, and sometimes it’s hard to see where your money is going, or why we spend more at different times of the year.

“Being able to track what you’re spending on bills, groceries and dining out can help our customers plan and keep on top of their finances,” said Mr Steel.

Spend Tracker complements instant notifications customers get whenever they’ve made a purchase, and Shared Expenses which allows customers to submit and split expenses with anyone through the CommBank app.

“Group dinners can also make it difficult to keep track of who owes you money and how much. Shared Expenses lets customers add these expenses in the app, send reminders about money owed to you, and mark them complete once they’re paid. This is the money our customers can potentially save, that would otherwise be forgotten.

“Helping our customers improve their financial wellbeing is always front of mind when developing new digital features. By changing the way we interact with customers and providing them with insights about their spending behaviour, we can help them avoid unnecessary costs especially in the lead up to the festive season,” Mr Steel said.

CommBank also recently announced real-time alerts, available later this month, to remind customers when their credit card payment is due or when their account has been overdrawn to help them avoid unnecessary fees.

In addition, if customers make a high cost credit card transaction, like an ATM cash advance or online gambling, the CommBank app will let them know these transactions will incur cash advance fees and interest.

New South Wales and Western Australia residents are spending the most on dining out, while ACT and Northern Territory are among the lowest consumers of fast food and restaurants.

Fast food seems to be most popular in mining towns, while suburbs like Sydney’s Woolloomooloo, Port Douglas in Cairns and Pokolbin in Hunter Valley spend most on restaurants.