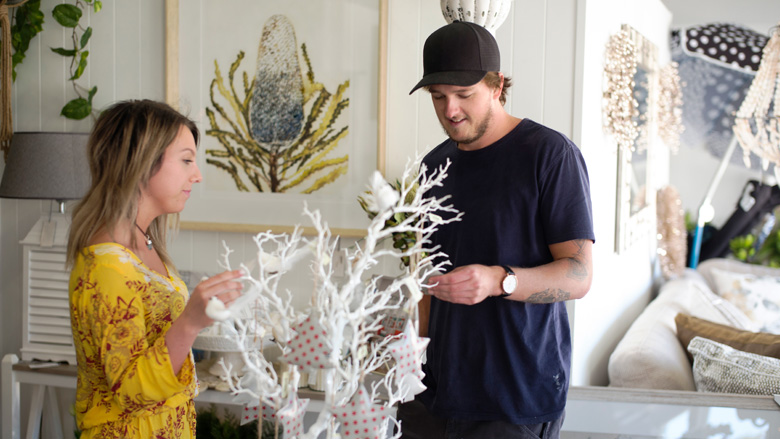 New research shows retailers are more innovative than the average Australian business, but the financial return generated from their innovation is falling short.

New research shows retailers are more innovative than the average Australian business, but the financial return retailers are generating from their innovation is falling short.

The Commonwealth Bank Retail Insights Report tested the rate of innovation among Australian businesses using a leading international standard for innovation used by the OECD. It found 49 per cent of retailers are ‘innovation active’, exceeding the national average of 44 per cent across all businesses, but the estimated value they are generating from their innovations is less than half that of all other business sectors.

The report also found that retailers are ‘unfazed’ by the disruptive potential entry of global powerhouse Amazon into the Australian market.

Jerry Macey, National Manager Retail, Commonwealth Bank said, “Retailers are already more likely to innovate than the average Australian business but our research shows their estimated average return from innovation is less than half the national average. This reduced pay-off could be due to intense competition, which may increase even more with the expected arrival of Amazon retail here.

“The research found retailers could benefit from investing in the innovation capabilities of their people, and turn innovation into a repeatable process, by empowering staff to constantly trial a small number of creative ideas. When you create a disciplined process that unleashes the creative potential of staff to innovate across multiple areas, you achieve a higher return on investment.”

Australian retailers have a 10 per cent above average ‘innovation index’ of 26.2, an evaluation score of innovation performance across 15 core management and entrepreneurial elements. Retailers also collectively score a moderately higher index than most other industries.

The research found retailers overwhelmingly (74 per cent) cited revenue growth as the primary expected output of their innovation activity, well ahead of the 47 per cent expecting enhancements to service and customer experience.

Mr Macey continued, “The potential for innovation to deliver revenue and productivity gains is evident, but innovation can be equally as important to maintain market share given the imminent arrival of Amazon and ongoing local expansion of other major international retailers.

“Many Australian retailers remain unprepared for Amazon’s arrival, or may be understating the potential impact that Amazon’s presence will have in Australia. This is somewhat concerning when you consider the impact Amazon has had on the US and other very mature retail markets.”

“The reality is most retailers can’t effectively compete with Amazon on factors like delivery times and pricing, particularly when Amazon can sustain losses in the short term. Retailers can, however, focus on enhancing specific competitive strengths, and adapting to changing market conditions is a key part of innovating to ensure your business remains relevant to customers,” said Mr Macey.

The Commonwealth Bank Retail Insights Report measures the innovation activity and performance of Australian retailers and quantifies the value of a firm’s innovation through additional revenue or productivity gains.  It is an exclusive, wide-ranging analysis of the Australian retail sector. This report is based on two separate surveys:

• ACA Research conducted an in-depth online survey of 505 Australian retailers with turnover ranging from less than $1 million to over $500 million.

• DBM consultants conducted a survey of 2,195 Australian businesses with an annual turnover over $500,000 and at least two employees. Within this survey, responses from 193 Australian retailers were assessed.