Aussies already saving time and money at the ATM 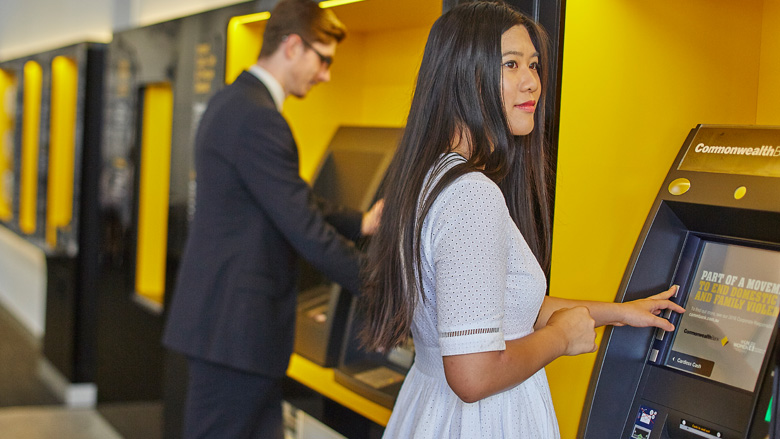 A growing number of customers of other banks are using CommBank ATMs.

In the first three days since Commonwealth Bank announced ATM withdrawal fees had been removed, use of CommBank ATMs by customers of other banks has increased by 34 per cent.

Andrew Hall, Executive General Manager at Commonwealth Bank, said: “The removal of ATM withdrawal fees has had an immediate effect and, day-on-day, we are seeing a growing number of customers of other banks using our ATMs to save themselves time and money.”

On Sunday when CommBank announced the change was active, there was a 16 per cent increase in customers of other banks using CommBank ATMs around the country. By Monday, there was a 38 per cent uplift in usage and on Tuesday the increase was sitting at 46 per cent.

“The growth in customers of other banks using CommBank ATMs is proof Australians wanted this change and it’s great to see people embracing it so quickly,” said Mr Hall.

“All Australians, no matter who they bank with, can use CommBank branded ATMs today without being charged a withdrawal fee. This is great news for Australians living anywhere across Australia but it is particularly good news for people living in areas where there is less choice of ATM providers.” 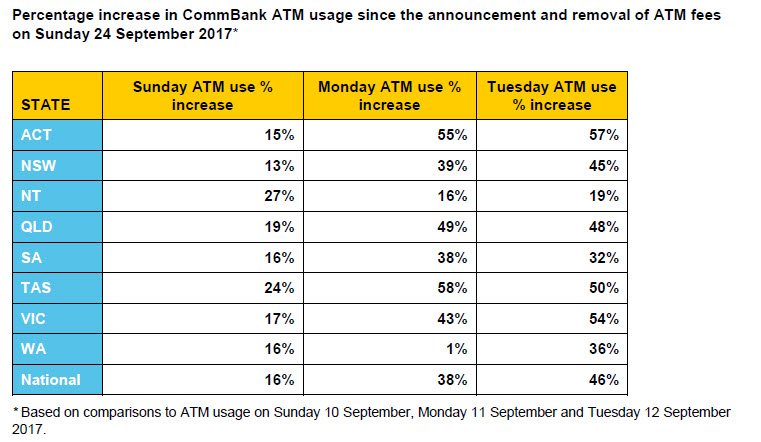