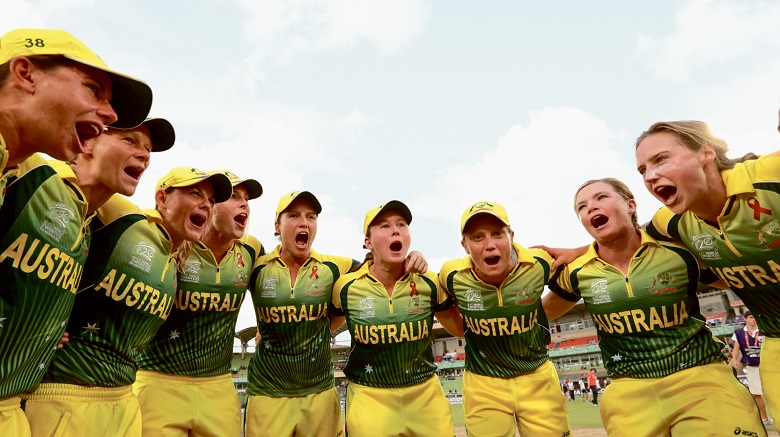 CBA to make the largest investment into Australian women's sport.

In a landmark agreement for Australian sport, Commonwealth Bank is extending its partnership with Cricket Australia beyond 30 years by investing more than $5 million per year over three years in to women’s cricket, Indigenous players, players with a disability and local clubs around the country.

This partnership, commencing in season 2017-18, will increase Commonwealth Bank and Cricket Australia’s support of cricket at all levels. It will include but is not limited to:

Commonwealth Bank CEO, Ian Narev, said: “Our partnership with Australian cricket has been unbroken for close to 30 years.

“Over this time we have continued to innovate together. This next phase will focus on broadening participation in what is already our national game. We will work together to strengthen the foundations of cricket for women, Indigenous players, players with disabilities and the local clubs around the country that are the lifeblood of the game.

“Cricket Australia and Commonwealth Bank have a shared commitment to innovation and inclusiveness in our respective fields. Our on-going partnership will give cricket fans and players of all ages, genders, cultures and abilities the chance to step up to the crease and get involved in Australia’s favourite summer pastime.”

Commonwealth Bank’s female-focused investment will provide girls with a greater awareness of, and access to, the cricket pathway and inspire them to play elite cricket.

The chief executive officer of Cricket Australia, James Sutherland, said he was delighted that CBA appreciated the importance of women’s cricket, and wished to invest in its future.

“We have had excellent partnerships with CBA over nearly three decades, and we welcome their continuing involvement in Australia’s favourite sport.

“It is significant that they, like Cricket Australia, wish to be deeply involved in supporting and promoting the diversity of our community.”