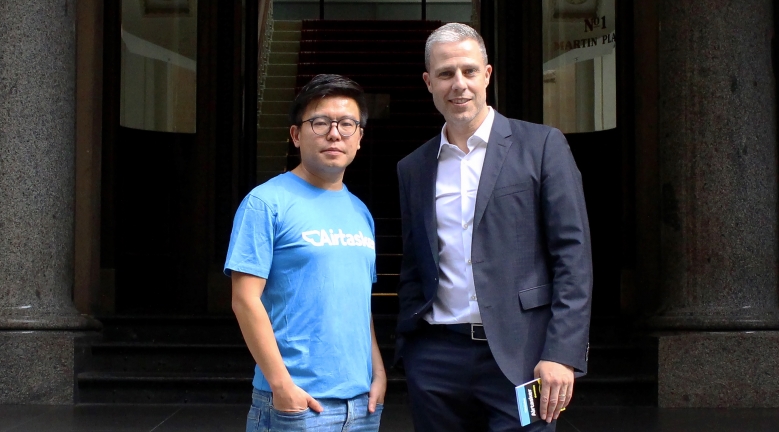 CBA collaborates with Airtasker to give customers the ability to verify their identity and enhance their digital reputation.

Commonwealth Bank of Australia has partnered with Airtasker to offer its customers a new way to securely confirm their identity by adding a ‘CommBank Identified’ badge to their Airtasker profile.

For badge holders, this provides an additional layer of trust that helps CBA customers stand out on the Airtasker market place.

“CBA is focused on simplifying and enhancing customer experiences through its existing digital banking solutions. As our customers continue to use emerging online services, we believe we also have a role to play in enhancing that experience. Identity verification is one area where we can add value.

As we develop new and innovative products and services, security and trust remains our number one priority,” Pete Steel, Executive General Manager of Digital at Commonwealth Bank, said.

The CBA identified service works using a secure two-factor authentication process to authenticate the CBA customer - Airtasker then verifies that individual’s identity. The ‘CommBank Identified’ badge is added to the customer’s Airtasker profile if the name and date of birth held by CBA match those listed on Airtasker.

The idea for the solution was generated via CBA’s internal innovation and partnership model, and built in collaboration with Airtasker. It took just three months from the kick off meeting with Airtasker to have a solution ready to pilot with customers.

“Testing new technologies with customers and partners helps us determine if we’ve got the model right and gives us the opportunity to learn and improve services based on real customer feedback,” Mr Steel said.

“For Airtasker, this is the first step in a broader project around verifying identity, skills, certifications and achievements. We’re creating a reputation passport, which will help people know exactly who they are dealing with and what they are qualified for,” Tim Fung said.

The pilot launched in January and will run for some months.