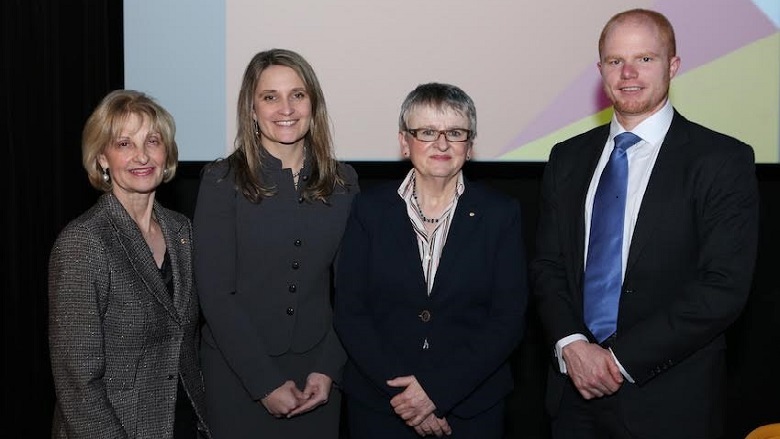 Commonwealth Bank continues its support of Australia’s leading post-graduate academic scholarships, extending its financial commitment to the John Monash Foundation for a further three years from 2017.

Commonwealth Bank will continue its support of Australia’s leading post-graduate academic scholarships, extending its financial commitment to the John Monash Foundation a further three years from 2017.

Speaking at the annual General Sir John Monash Oration in Sydney last night, Kelly Bayer Rosmarin, Group Executive for Institutional Banking and Markets at Commonwealth Bank, said the Foundation’s efforts in developing Australia’s talent as well its investment in thought leadership were among the many attributes that attracted Commonwealth Bank as a benefactor in 2004.

“The Bank’s vision to excel at securing the financial wellbeing of people, businesses and communities means we have a critical role to play in assisting in the development of the future leaders of our country. As one of Australia’s largest companies, we are proud to be a founding sponsor investing in the education and research of emerging thought leaders.”

Ms Daniel has brought her expertise in data and urban planning to her role as a planning officer at Brisbane City Council, where she assisted with the Brisbane City Plan for 2014.

Ms Braunack-Mayer has produced exceptional work in the area of data solutions to improve education outcomes for children, while Mr Finighan recently announced that he has been invited to co-author a book on income inequality in Australia with the renowned Professor Ross Garnaut AO,. This is significant recognition of the ground-breaking thought leadership he has already produced in this area.

“Over the years, Commonwealth Bank has deepened its relationship with the John Monash Foundation given our common ground and shared ambitions for Australia’s talent. This is why I am pleased to announce that we will continue supporting Australia’s most promising scholars reach their potential.”

The Change Agenda was first symposium developed by John Monash Scholars, who curated and presented their research and thought leadership on issues relating relevant to Australia and the rest of the world.