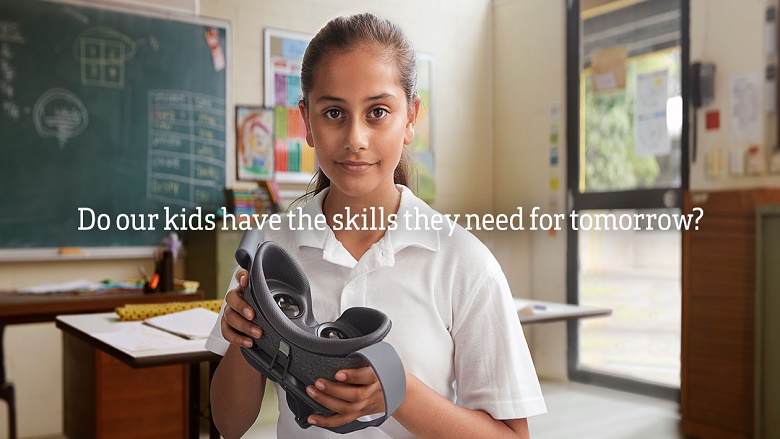 As the quarter acre block is becoming a threatened species and backyards are replaced by patios, just under half of Aussies (48 per cent) believe that the property dream is still alive and well, and for others (52 per cent), the Australian dream is being redefined.

In one of the largest national surveys since the Australian Census, with more than one million responses, the Commonwealth Bank has asked Australians about how they perceive their future, investigating attitudes around the property market, adapting to a changing workforce, and future proofing younger generations.

Partnering with demographer and futurist Claire Madden, the CommBank Connected Future Report examines national, economic and social trends that have emerged from the data.

According to Claire Madden, “The remarkable insights emerging from the CommBank ATM data overall is the resilience and tenacity Aussies have in the face of economic uncertainty. As a lead example, while the Australian property dream looks markedly different in 2017, the majority of Australians either fully own or are paying off their home. This has remained constant over the past five decades, so despite uncertainty, the Australian dream has clearly lived through time.”

The research shows while Millennials (Gen Y) are delaying traditional life markers like getting married or having a child, the average age of a first homebuyer has remained relatively constant over the last two decades, sitting at around 32 years of age.

The research has found that despite rapid digital disruption, increased global connectivity and the emergence of artificial intelligence, resilience seems to be a common trend amongst Australians. Almost half (49 per cent) believe our businesses are ready to face the future and 49 per cent believing our kids have the skills they need for tomorrow.

Key findings from the CommBank Connected Future Report include:

The Australian ‘dream home’ is no longer a weatherboard standalone house. It is an architecturally designed product, as the quality of dwellings has risen over time. Whilst 74 per cent of those living in cities and 81 per cent of those outside capital cities currently live in a stand alone house, 48 per cent of new residential approvals over the past year have been for medium or high density housing. CommBank data reveals 68 per cent of first home buyers purchased a house in the last year, 16 per cent desire to build their architectural dream home after purchasing vacant land, and 15 per cent purchased an apartment or townhouse.

Living in your state of optimism

Gen Y have prioritised global travel, lifestyle experiences, stayed longer in formal education and attained the name KIPPERS (Kids in Parents’ Pockets Eroding Retirement Savings) for staying in the family home longer. Yet now they are in their prime career building and family forming years, they, like their predecessors, are finding a way to overcome the obstacles, respond to new realities, and see the (re)defined dream come alive. Even though the dream has taken a different form, the data reveals property ownership remains high on the aspirational list (average home buying age remains consistent at 32).

According to the research, rapid digital disruption, increased global connectivity and the emergence of artificial intelligence are converging to reshape the business landscape and the way future generations define work. With high job mobility and the increased casualisation of the workforce, Gen Z (8-22 years old) will have 17 jobs across five careers in their lifetime.

As Gen Z and Gen Alpha (born 2010-2024) complete their schooling and enter the workforce, they will need to be adaptive and agile in order to integrate job roles with rapidly advancing automated systems and handle changing employment markets and organisational structures.

Women are most optimistic about our kids being skilled up for the future with 52 per cent believing they are future ready, compared with 48 per cent of men. This is particularly evident amongst younger age groups, with the greatest gender gap amongst Gen Ys (25-39 year olds) with a 5 per cent differential between males and females.

With almost 3 in 10 Australians (29 per cent) born overseas1, and a quarter (27 per cent) of the population’s labour force born overseas2, immigration has significantly contributed to Australia’s workforce and economy. In the midst of this diversity, CommBank data reveals that almost half of Aussies (49 per cent) believe that our society truly embraces everyone.

To read more about Australians’ future perceptions about property, business and skills for the future, including a state-by-state breakdown of data go the CommBank Connected Future Report.