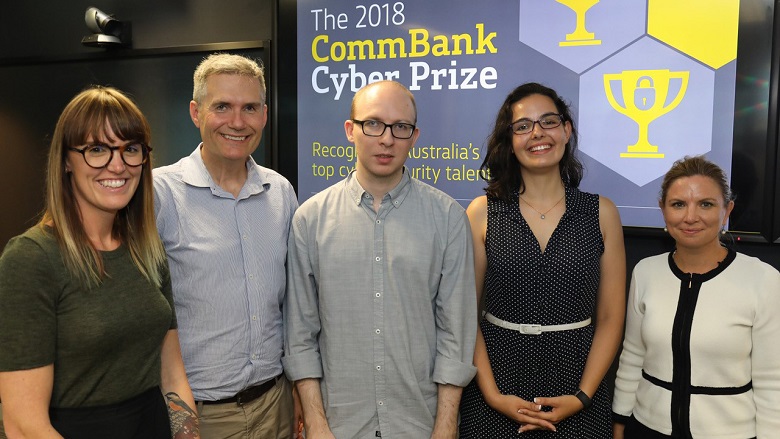 As demand for cyber professionals increases, 15 of Australia’s best and brightest minds in cyber security were last night awarded as part of the annual CommBank Cyber Prize.

Recipients were awarded with a $1000 cash-prize and the opportunity to connect with and learn from leading cyber security professionals. In addition, recipients also received a tour of CBA’s Cyber Security Centre in Sydney.

“Globally, there is a growing demand for cyber security professionals, and it is important that corporate Australia and academia continue working together to encourage and nurture future talent so we can remain internationally competitive,” Ms Ingwersen said.

“To meet our growing security needs, AustCyber estimates that Australia will need an additional 17,600 people to be trained and skilled in cyber security and computer sciences by 2026, which is why developing cyber security skillsets at the grassroots level is critical.”

In August, CBA announced its collaboration with the University of Sydney’s Australian Computing Academy (ACA) to develop a  series of learning resources for high school students to help teach foundational skills in cyber security and technology.

Launching in early 2019, the ACA Cyber Challenge is being developed in partnership with AustCyber, ANZ, NAB, Westpac and BT Global. The classroom-ready challenges will feature authentic, true-to-life examples of security problems that are designed to challenge students and develop core skills in cyber security.

“We want to inspire the next generation of cyber leaders and provide them not only with skills, but also a roadmap for where computer sciences and technology can take them,” Ms Ingwersen added.

In 2015, CBA committed more than $1.6 million as part of a five-year partnership with the University of NSW (UNSW) to develop SECedu, a centre of excellence for cyber security education. As part of the commitment, a new ‘Security Engineering’ stream was developed as part of UNSW’s Computer Science undergraduate degree.

As one of Australia’s largest employers in cyber security, Commonwealth Bank continues to work with universities across the country to develop their cyber education curriculum and offerings.