Ellyse Perry and Meg Lanning get behind CommBank Cricket 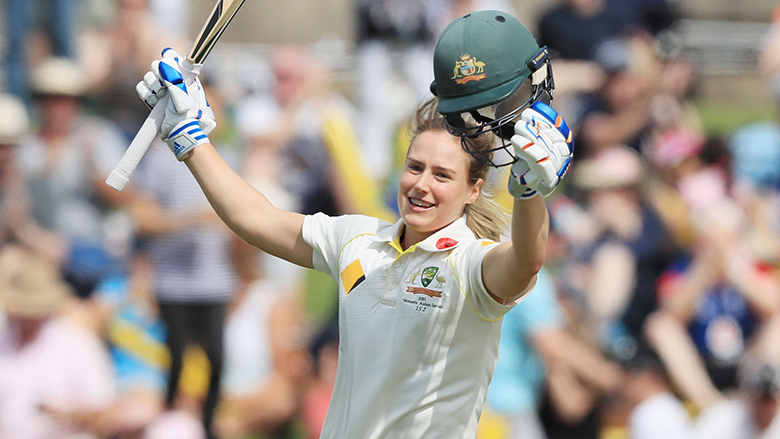 Two of the biggest names in women’s cricket, Ellyse Perry and Meg Lanning, are getting back to their roots in local cricket and calling on clubs to apply for a 2018 CommBank Cricket Club Sponsorship.

To celebrate the launch, Meg Lanning is today donning the whites and hosting a training and development clinic with the young girls team from Summer Hill Cricket Club. The club is one of 65 clubs across Australia, set to receive a boost in funding and new equipment after being awarded a CommBank Cricket Club Sponsorship in the 2017 program.

Promoting participation at a local level, the CommBank Cricket Club Sponsorship program provides more than $250,000 in support to local clubs around the country every year. Local clubs can apply for a two year sponsorship, which provides $2,000 a year as well as new equipment for training and matches.

Injured Captain of the Australian women’s cricket team, Meg Lanning, is a CommBank ambassador and vocal supporter of the sponsorship program.

“Cricket is a big part of my life, and I remember vividly my first big match when I was just 14 for Carey Grammar.

“I was lucky to have been so supported as a young female in my sporting endeavours, and I’m keen to pass the bat to the next generation of cricketers and offer them the same opportunity through the CommBank Cricket Club Sponsorship program,” she said.

Over the past five years, CommBank has provided more than one million dollars in grants, sponsorships and cricket gear to 395 cricket clubs around the country.

Commonwealth Bank Southern Stars All-Rounder, Ellyse Perry, said, “The team at CommBank does an exceptional job of supporting local cricket clubs and giving more cricket fans and players the chance to step up to the crease and get involved in Australia’s favourite summer pastime.”

About CommBank’s partnership with Cricket Australia
From grassroots to elite female, Indigenous and all-abilities, CommBank’s partnership with Cricket Australia is designed to make cricket inclusive and accessible for all. CommBank has sponsored the Australian Women’s Cricket Team and the women’s development squad for more than 18 years and during the 2017-2018 season, sponsorship funding will also go towards: