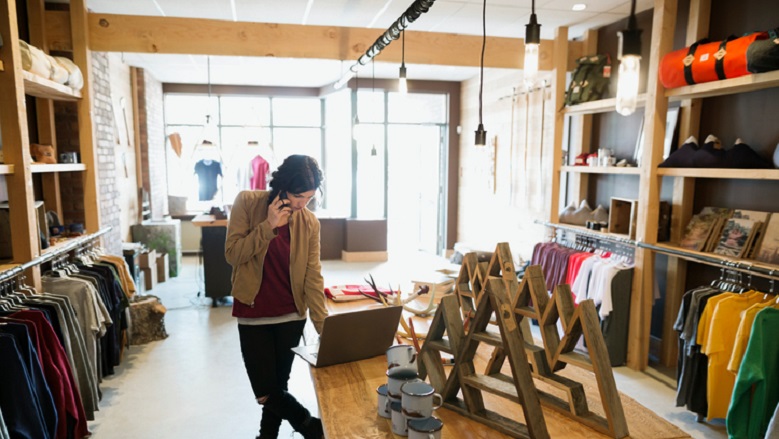 Retail and clothing sectors rebound as spending lifts in June.

Spending across the local economy continued to strengthen in June, according to the latest Business Sales Indicator (BSI) released by Commonwealth Bank today.

The report, a key monthly indicator of the state of the national and state economies, showed that spending lifted by 0.7 per cent in trend terms in June after a similar gain in May.

Sales at Clothing Stores rose by 1.0 per cent in trend terms in June – the strongest gain in more than two years. Retail Stores also saw gains of 0.4 per cent for June.

“Colder weather and end of season discounts have encouraged Aussies to upgrade their wardrobes, leading to an improved performance for the retail and clothing sectors.”

The more volatile seasonally adjusted measure of the BSI rose by 0.8 per cent in June after posting solid growth of 2.3 per cent in May.

The BSI tracks the value of credit and debit card transactions processed through Commonwealth Bank point-of-sale terminals. The BSI covers spending broadly across the economy rather t han just retail sales, including spending on automobiles, personal services and airlines.

18 of the 19 industry sectors rose in trend terms in June.

The biggest lift in sales occurred in the Amusement & Entertainment sector (up 2.4 per cent) followed by Mail Order/Telephone Order Providers (up 1.9 per cent), Transportation (up 1.6 per cent), and Airlines (up 1.2 per cent).

Sales fell by 0.3 per cent across the Automobiles & Vehicles sector after a similar decline in May.

Sectors with the strongest annual growth in June included Amusement & Entertainment (up 26.0 per cent), Government Services (up 19.9 per cent), and Airlines (up 18.8 per cent).

Sales across all states and territories were stronger in June and in annual terms.