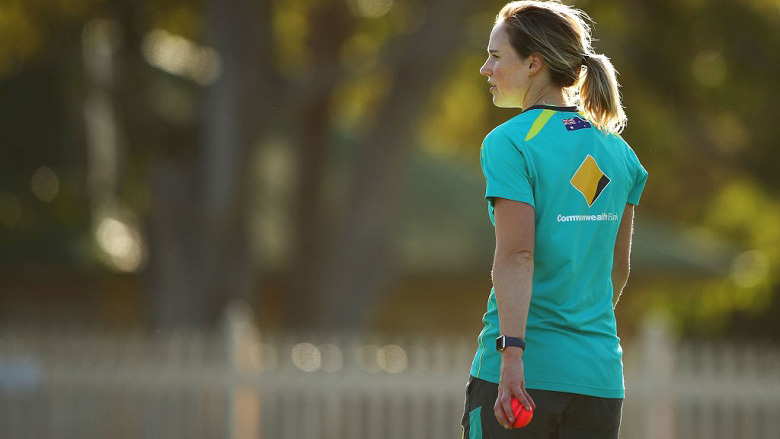 While interest in women’s sport in Australia is soaring, two thirds of Australians (68 per cent) believe our kids should have more exposure to female sporting role models, new CommBank research reveals.

A hugely successful Women’s Ashes series helped fuel massive interest in women’s sport in Australia during 2017, with 47 per cent of the nation more interested in women’s sport than in 2016, the research shows.

But one in two Aussies still can’t name a current female athlete, and male athletes are still more recognised than their female counterparts (65 per cent males vs. 40 per cent females).

When it comes to choosing our favourite athletes, some of the top reasons include because we see them on TV often (65 per cent) and because we played the same sport when we were children (48 per cent).

The majority of Aussies (70 per cent) believe that if there was more women’s sport on TV, more women would continue or take up competitive sport. The research also reveals local support is crucial, with programs such as grassroots cricket clubs essential for encouraging young girls to keep playing cricket (71 per cent).

Kylie Macfarlane, General Manager Corporate Responsibility at Commonwealth Bank, said, “It’s promising to see a growing demand for more women’s sport. We’ve seen this first-hand through our partnership with Cricket Australia, as new fans stream in to women’s cricket, with record-breaking numbers on TV, at the ground and on social media this summer.

“Through initiatives such as the Commonwealth Bank Women’s Ashes broadcast enhancement and our support of grassroots cricket we’re working to level the playing field, raise the profile of women’s cricket in Australia and inspire everyone to love cricket, no matter their gender or ability.”

Australian Women’s Cricket Team all-rounder and CommBank Ambassador, Ellyse Perry, said, “I am proud to see the overall profile of women’s sports and female sporting role models increasing all the time. It’s this exposure, alongside foundation grassroots programs, that will continue to inspire and provide opportunities for girls right across the country to fall in love with the game.”

The top five most watched or listened to women’s sports*:

The top five reasons why Aussies pick a favourite male or female athlete:

The Commonwealth Bank research was commissioned by Commonwealth Bank and undertaken by independent research company, ACA Research. The survey was conducted during December 2017 with 1,027 Australian respondents over the age of 18. The sample was drawn to be nationally representative by age, gender and location, based on the latest ABS population statistics.

*Based on the percentage of Australians watching or listening to each sport at least once a month.

About CommBank’s partnership with Cricket Australia:

From grassroots to elite female, Indigenous and all-abilities, CommBank’s partnership with Cricket Australia is designed to make cricket inclusive and accessible for all. CommBank has sponsored the Australian Women’s Cricket Team and the women’s development squad for more than 18 years and during the 2017-2018 season, sponsorship funding will also go towards: