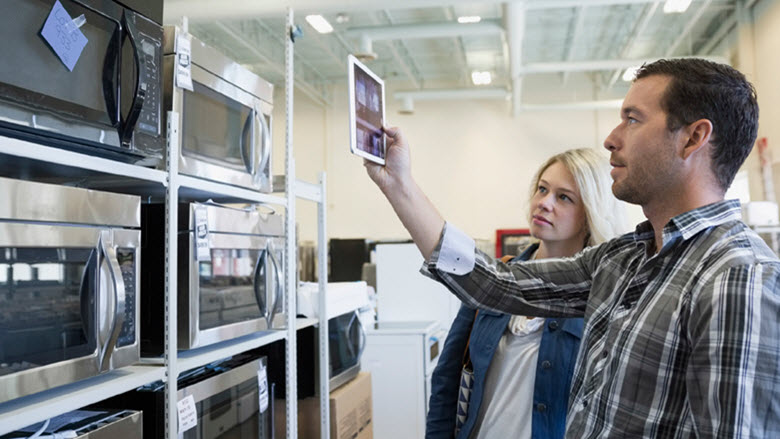 The rate of online sales is surging ahead of expectations and will account for more than a third of multi-channel retailers’ sales by 2018, according to new research by the Commonwealth Bank. The study of retail channels to market also shows only one in five merchants use third party sites to attract customers; likely to increase as they ready for the local arrival of Amazon.

The latest CommBank Retail Insights Report reveals online transactions have increased by 61 per cent for multi-channel retailers since August 2015, when the bi-annual study was first taken, and now account for 29 per cent of all industry sales by volume. Multi-channel retailers predict this figure will rise to 35 per cent over the next 12 months.

Jerry Macey, National Manager, Retail Industry, Commonwealth Bank said: “Retailers maintain a bullish outlook for online sales and yet may be underestimating future growth, as they have previously. They forecasted 24 per cent growth during 2016 compared to actual growth of 32 per cent.

“Many retailers are realising the benefits of a true multi-channel strategy to drive traffic both online and in-store. And to maintain their growth, retailers continue to adjust their strategies to adapt to changing market conditions such as the pending arrival of Amazon.

“We are seeing the more conventional digital marketing and sales channels like email and mobile apps drop off considerably, as retailers focus on those channels that are not only the most profitable, but can actually improve customer engagement, convenience and foster loyalty.

“Only a fraction of retailers are leveraging third party sites as a sales channel currently, and we expect that may change as Amazon’s platform rolls out in Australia. Our research shows that 11 per cent of retailers see Amazon’s entry as an opportunity and of these businesses, the vast majority (68 per cent) see the potential for new sales channels.”

“There is significant potential for more retailers to look at third party sites as a viable sales channel, rather than adopting a purely defensive stance,” said Mr Macey.

When looking to refine their strategies and capture online sales growth, retailers continue to consolidate sales and customer service channels, with a focus on improving delivery options to increase loyalty and drive in-store traffic.

Improving delivery and return services has also remained a top priority for retailers seeking to capitalise on growing online sales volumes. ‘Click and Collect’ is now being offered by 42 per cent of retailers, up from 24 per cent in August 2015. Similarly, 38 per cent of retailers now allow shoppers to return online purchases in-store, up from 23 per cent only 18 months ago.

“Innovation remains a key driver of optimism in the industry. For one in three retailers expecting better times ahead, they say changing strategies and business models, and introducing new initiatives, are more important than simply relying on economic growth,” said Mr Macey.

CommBank Retail Insights is an exclusive, wide-ranging analysis of the Australian retail sector.

The report is now in its fourth edition, tracking both online retail sales performance and emerging trends in the retail industry since it was first launched in 2015.

This edition is based on two separate surveys:

• ACA Research conducted an in-depth online survey of 505 Australian retailers with turnover ranging from less than $1 million to over $500 million.

• DBM consultants conducted a survey of 2,195 Australian businesses with an annual turnover over $500,000 and at least two employees. Within this survey, responses from 193 Australian retailers were assessed.