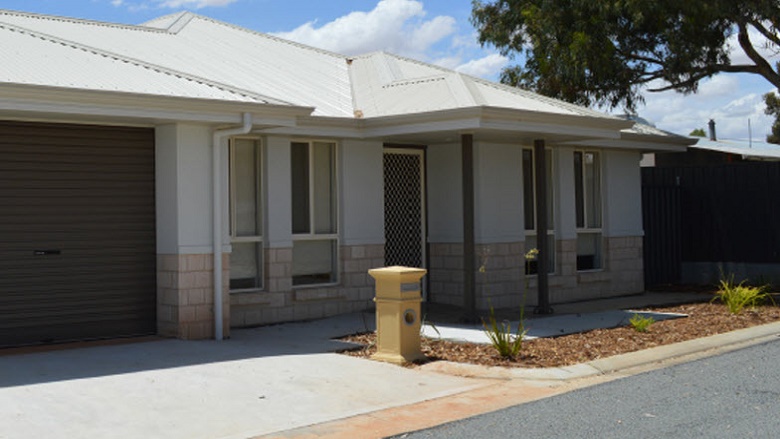 Unity Housing Chief Executive, Matthew Woodward, said: “This is fantastic news for all those low income households living in housing stress and the more than 20,000 South Australians waiting for public housing.

“The size and certainty of this funding by the Commonwealth Bank means we can make concrete plans for new supply of low-cost housing, on top of our recently completed $80 million development program.

“It also makes our operations much more efficient, as we will no longer have project-by-project finance negotiations to deal with.”

Under the terms of the deal Unity Housing has capacity to build a significant new supply of low-cost housing to address the need for affordable housing for low-income households in South Australia. It will also refinance its existing debt from mid-tier banks.

With more than 600,000 low income Australian households struggling to access affordable housing, and with finite government funding, there is a need for not-for-profit housing providers such as Unity Housing to raise new capital in partnership with the private sector. This will support the growth of new social and affordable housing.

Unity Housing is South Australia’s largest and most experienced community housing provider. Since the 1980s Unity Housing has been dedicated to providing affordable and sustainable housing for people on low incomes and those who are vulnerable, at risk of experiencing homelessness or living with a disability.

Unity Housing is a nationally accredited, independent, not-for-profit state-wide organisation with the capacity to deliver at scale and increase the supply of affordable housing for families and individuals on low incomes in South Australia. Managing more than $500 million of housing with a staff of 75 operating out of six regional offices, Unity Housing has more than 1,800 properties across SA and has completed more than $80m in property development over the past five years.