NSW sets the standard for agtech and innovation investment

NSW sets the standard for agtech and innovation investment 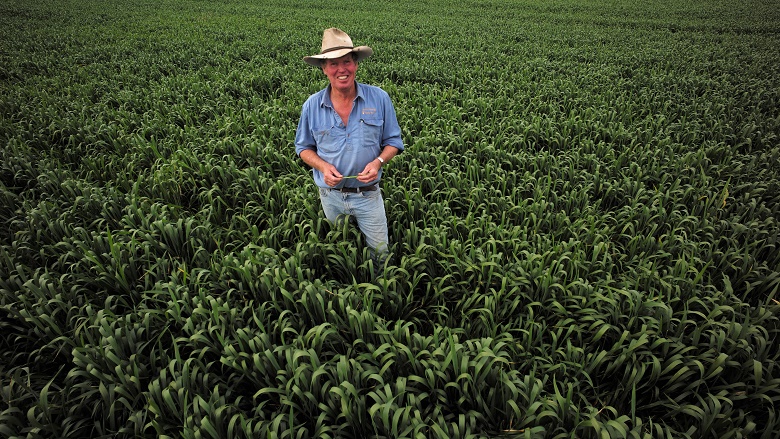 Farmers from New South Wales are the most likely in the country to boost investment in technology and innovation in the coming year, with new research from Commonwealth Bank showing close to half the farmers in the state plan to spend more.

Commonwealth Bank’s Agri Insights research found 43 per cent of NSW farmers intend to increase investment in farm technology and innovation (with just two per cent signalling a reduction). This is six points ahead of the national average, and a big a step up from 26 per cent one year ago (when five per cent said they would decrease).

Commonwealth Bank General Manager Regional and Agribusiness Banking for NSW, Margot Faraci, says that on the back of a couple of fairly good seasons, NSW farmers are ready to channel more investment into technology for a productivity boost or efficiency gain.

The research found productivity and efficiency was the driver for 39 per cent of those farmers who plan to increase spending – while 28 per cent said it was about keeping up with the latest tech.

“NSW farmers are investing in a broad range of technology and innovation, ranging from precision ag to help with more accurate seeding, through to new biosecurity measures to help them manage risk,” Ms Faraci says.

In helping launch the report at the Commonwealth Bank Pop Up Lab in Canberra, NSW Deputy Premier John Barilaro welcomed the results which he said augur well for the future.

"It is fantastic to see NSW farmers leading the nation with plans to invest more in technology, innovation, skills and education which will help set them up for the future and drive farm productivity, efficiency, sustainability and profit," Mr Barilaro said.

Ms Faraci notes that while NSW farmers intend to invest more in technology, they are continuing to invest in the specialist skillset of the people they employ on farm.

Looking at the year passed, livestock expansion accounted for a significant proportion of investment. Across the state, 12 per cent of farmers said their biggest area of investment increase was their beef operation. This trend is in line with national intentions for the next 12 months – 24 per cent of beef producers plan to expand production while 14 per cent say they will cut back.

These figures are offset by the softer investment intentions for winter grain growers across Australia as growers feel the impact of slim margins. Just 13 per cent are looking to expand production, while 20 per cent are planning to reduce the scale of their enterprise.

“Prime lamb, beef and wool production have been looking strong for the past year and the good outlook is continuing, thanks to high demand, strong prices and the versatility of the operations. A switch from cropping to livestock accounts for some of the lowering of intention in grains,” Ms Faraci says.

North Star in New South Wales has been the social hub of a farming community that the Doolin family has been part of since 1924, when Malcolm Doolin’s grandfather RJ Doolin bought the family’s first farm, Myall Downs.

Today, Malcolm and Jenny Doolin head the family livestock and cropping business from their property Glenhoma, just a few minutes down the road from Myall Downs, where their youngest son Angus lives and farms with his wife Camilla and their children. Their older son, Simon, his wife Sandy, and their three children live a few minutes in the opposite direction at Cleveland, another Doolin property, which they have recently taken over in their own right.

Across their properties, the Doolins grow wheat, barley, chickpeas, oats, sorghum and cotton, as well as producing cattle. Innovation is in the Doolin blood.

“My grandfather brought in the first triticale to Australia in a matchbox,” Malcolm says. Australia is now one of the world’s biggest producers of the grain.

Under Malcolm’s watch, the family was one of the first in his area to introduce no-till farming, which reduces the need for chemical use, and in the late 90s, Simon introduced controlled traffic farming, where permanent wheel tracks keep the crop zone and machinery traffic lanes separated, which can improve profitability and sustainability.

More recently, the Doolins have invested heavily in pivot irrigation systems that allow them greater certainty around production. They’ve also shortened their supply chain and taken control of their marketing, with enough onsite storage for almost their entire crop, and their own fleet of trucks.

Although Simon has struck out on his own, he still works closely with his father and brother and is in no hurry to reinvent the wheel.

“We keep up with the latest technology to gain efficiencies, but our underlying farming system has been developed over many years.”

Angus says he and his brother have a good working relationship with their dad. “As I see it, it’s three minds all working on the same goals.”