Tasmanian farmers look to efficiency ahead of expansion

Tasmanian farmers look to efficiency ahead of expansion 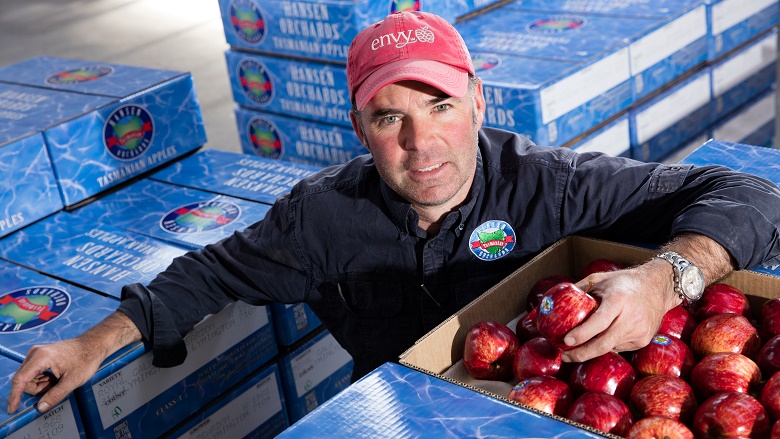 A strong appetite for land acquisition has settled in Tasmania, with farmers now turning their investment focus to improving their operations through technology and innovation, according to new research from Commonwealth Bank.

Data from the latest CommBank Agri Insights research shows that 38 per cent of farmers in Tasmania plan to increase tech and innovation investment in the coming year, with just three per cent planning to decrease. This is up 11 percentage points on this time last year.

Commonwealth Bank’s General Manager of Regional and Agribusiness Banking for Tasmania, Darryl Mohr, says that land availability has tightened and farmers are now more focused on improving productivity and efficiency than on expansion.

“Some fairly large landholdings have changed hands in Tasmania in recent years. Property can be held for a very long time, so we are seeing a slowing of availability now. Land sales, like most things in agriculture, can be cyclical and we appear to be now at the point in the cycle where the focus has shifted,” he says.

“Technology, as an enabler of efficiency and productivity, is of great interest to Tasmanian farmers, who are looking at options like auto-steer equipment and business benchmarking tools to help them maximise their margins.”

The survey shows that half of Tasmanian farmers who plan to increase tech investment are primarily motivated by   increased productivity and efficiency (well above the national average of 37 per cent), with 18 per cent of them specifically referencing labour efficiency as a reason to increase investment.

Tasmanian farmers are among the most likely to say they’ll boost training investment (26 per cent to increase, one per cent to decrease), up 18 points on this time last year. On top of this, 23 per cent say they will invest more on contractors and consultants (with three per cent to spend less), compared with the national average of 14 per cent (with four per cent decreasing).

“These are very encouraging results, especially given that some parts of Tasmania have just experienced their driest winter in 120 years,” Mr Mohr says.

“The investment plans reflect a motivated agribusiness community looking to increase efficiency and productivity to build operations for the future.”

Hansen Orchards has been sitting pretty beneath the silhouette of Sleeping Beauty (Trestle Mountain and Collins Bonnet) for four generations. Now Carl Hansen and his son Howard run the operation, which started as an apple orchard but in recent years has diversified into cherries.

“Tasmania has a competitive advantage when it comes to the timing of cherries – we’re set up for the counter season of the northern hemisphere. Between Tasmania and New Zealand, we supply the world with freshly-picked, air-freighted cherries in January and February,” says Howard, Managing Director of Hansen Orchards.

While the majority of cherries are sold into the Asian market, with a smaller amount being exported to Europe and the Middle East, the apples are generally sold domestically.

“Due to the high cost of labour in Australia, it’s hard to compete internationally. Also, everyone can keep apples in storage for 12 months now. We had to diversify and refocus on domestic,” Howard says.

Hansen Orchards sell around 2,000 tonnes of cherries and 12,000 bins of apples per year, including the trademark varieties Jazz™, Envy™ and Rockit™ which it grows on behalf of the Montague Group and the Lenswood Co Op. This year also saw the commercial release of Hansen Cider.

The company has recently invested in an innovative rain cover material from Germany to protect its cherry orchard from summer rain. The rain cover is self-venting, so it prevents humidity and minimises temperature increases which can cause the fruit to soften. Howard says he had been looking into covers for the better part of 10 years before deciding to invest when an innovative zip system was introduced. Thanks to the zip system, the orchards are connected, which means there is no entry for birds.

“Before the zip system, you had to put a bird cover over the rain cover, which blocks sunlight and affects the total yield. The new zip system best suited our requirements,” he says.

The operation has recently signed up to disease prediction technology to give them warning of infestations like black spot and powdery mildew.

Regarding future plans, Howard says that with the cherries now protected they will focus on protecting the apple crop with hail nets to improve fruit quality and increase pack outs.

“We’ve reduced risk in cherries, so next is the apples,” Howard says.