WA farmers planning to be future proof and future fit 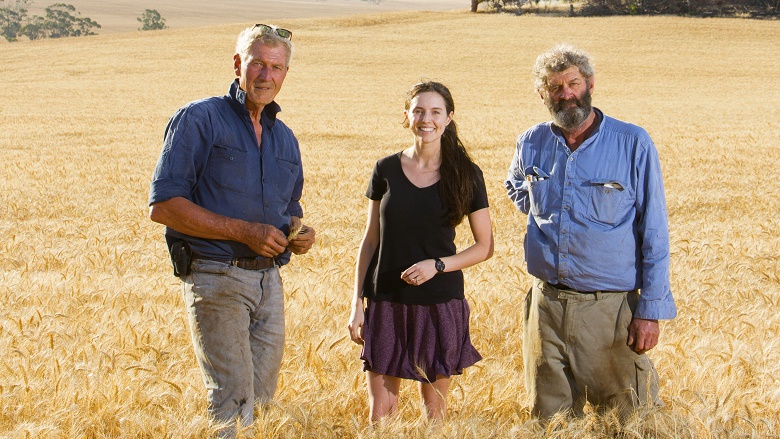 On the back of what has been a mixed season across the state, Western Australian farmers are focused on the future, with strong intentions around technology and innovation investment, according to new research from Commonwealth Bank.

The latest Agri Insights research shows 37 per cent of the state’s farmers intend to increase spending on innovative practices and technology, compared with 30 per cent this time last year. Only NSW farmers have stronger tech investment intentions (43 per cent plan to increase).

Commonwealth Bank General Manager Regional and Agribusiness Banking for Western Australia, Natasha Greenwood, says farmers can see the role and benefits of embracing innovation, especially in sectors where investment returns must be optimised.

Of those who plan to increase tech and innovation investment, 36 per cent say it is to keep up with the latest advances and 29 per cent say they are seeking productivity and efficiency gains.

“Margins in cropping in particular require careful management given the fine balance between yield and price, so farmers need to really optimise every element of their operation. They’re very aware of the importance of getting the best possible return on investment and they’re using technology to help them achieve this,” Ms Greenwood says.

September rain has enabled some of the more affected areas to improve their yield outlooks.

“We are, however, mindful that there are some areas across the state that have experienced very dry conditions and yields in these areas will be well below average. We saw, in some cases, the driest start to the season in 47 years, so this season has been a challenge for many growers, especially those who are exclusively in cropping,” Ms Greenwood says. “Even so, investment intentions are fairly robust, which is a good reflection on the long-term focus of farmers in the state.”

Western Australian farmers lead the nation on fixed infrastructure, plant and equipment investment intentions, with 37 per cent saying they will increase investment in this area. Staff training also remains high on the agenda as operations become more high tech. More than one in five WA farmers (22 per cent) say they will boost training investment in the coming year.

The Hayes family is on a mission to get uniform results across their mixed sheep and wheat property despite the highly variable soils.

“In one paddock you can go from massive yields to low in three steps,” says David Hayes, co-owner of the business. “Non-wetting soils in this area are a big problem.”

Spading is becoming more popular in Western Australia, and the Hayes have designed a spader that is revolutionising farms across the state. Like other spaders, it mixes the topsoil and subsoil, improving mineralisation and water retention. Unlike other spaders, the Hayes’ is purpose-designed to suit Western Australia’s particularly difficult soils.

“We took the best designs out of the ones in the market. We made it like the ones in Europe but stronger. There was nothing strong enough to do the job,” David says.

The Hayes’ business - which is run by David, his brother Paul, David’s wife Robyn and their son, Tim (who is an integral part of their succession plan) and Tim’s wife Erin – started as a wool operation back when it was bought by David’s father in 1967, but then the wool market crashed. Now, V & HA Hayes Pty Ltd is 70 per cent crops and 30 per cent sheep. The sheep are bred for both prime lamb and wool.

The grain and sheep operation runs over 3,750 ha, with no plans for expansion in the short-term – first the Hayes want to get the farm running at its full potential. This means unifying the variable soils across the property to ensure that the 30 per cent increase in yield they’ve experienced thanks to the spader continues.

“With our designs we’re trying to bring all our country into production,” David says.

The operation also employs other technology including a drone which they use to detect insect damage and monitor hot spots, as well as satellite imagery from their fertiliser company to get pasture biomass maps.