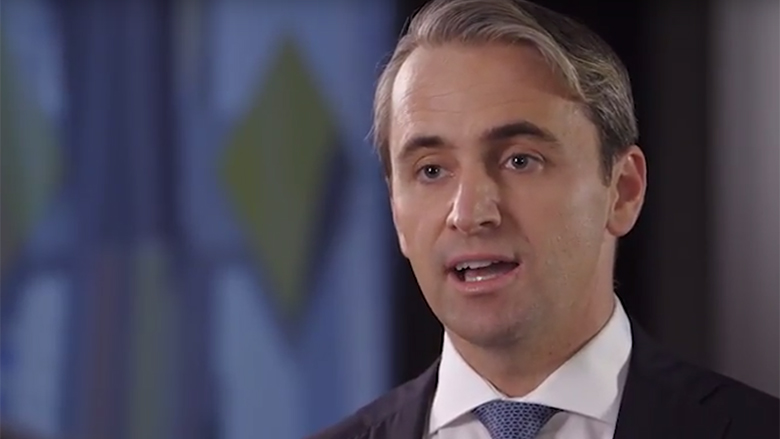 Transcript of video interview by Matt Comyn, Chief Executive Officer of Commonwealth Bank of Australia with Geoff Elliott* regarding the Bank’s response to the APRA Prudential Inquiry into CBA.

Geoff ELLIOTT:  Matt, thanks for your time.  APRA’s prudential inquiry into CBA has not pulled any punches. It is a highly critical report that documents widespread failures in the Bank’s risk management and controls. What’s your reaction?

Matt COMYN:  Well, it’s confronting to read, and it is critical in a number of areas. I also think it’s a very fair and balanced assessment of the issues that we have been facing. I think the panel have done an excellent job at getting to the heart of the issues. I think it’s a very helpful road map for us for the future, and we are going to get on now with implementing the recommendations in full, which I hope will go towards restoring the confidence and trust in the Commonwealth Bank.

Geoff ELLIOTT:  The report though talks about a broken culture inside CBA, a culture of complacency, where it is good news only. How are you going to fix that?

Matt COMYN:  Well, I think there is going to be a number of steps, but I am starting with that straight away. Today, I’ve printed out 500 copies of the report, and I have sent that out to the top 500 leaders in the Commonwealth Bank. I think it will be tempting for some people in the organisation to look at the report, and either think that it’s unfair, or to think that it actually applies to the Commonwealth Bank but not to them and to their teams. I think it is really important that everyone in the Bank, the senior leaders of the Commonwealth Bank, realise that it is us, it’s me, it is our leadership and things need to change. And over the next week I am going to have responses from all of those 500 leaders coming back to me, and a discussion across all of the top leadership groups in the Commonwealth Bank talking about how things are going to be different. This is just one small step in terms of changing the culture at the Bank.

Geoff ELLIOTT:  But you are a 20 year veteran of the Bank, something of an insider. Are you really the right man for the job?

Matt COMYN:  I think one of the strengths of being an insider, who knows the organisation really well, is I know all of the work that is going to be required, and I know how to get it done to implement these recommendations. And that is exactly what I am going to do. All I would ask is that people follow our progress, hold me to account for the work that needs to get done as we get on and deliver it.

Geoff ELLIOTT:  To be frank, this is not the first time we have heard that promises have changed and reform at CBA. The APRA report is quite clear that CBA has failed to follow through on reform and changes in the past. And I think it’s fair to say that perhaps people don’t really believe CBA any more on some of this. What do you say to those people?

Geoff ELLIOTT:  The report talks about the fact that there has not been a lot of accountability at CBA, people have been allowed to slide on compliance and risk items, because they were not revenue-generating functions, they weren’t a priority. What do you say to that?

Matt COMYN:  Well I think it is right insofar as we have not had the right level of focus around particularly closing out some of the operational risk and compliance issues. I think our management as the panel has pointed out in the report today of issue management generally has not been good enough. That is something that absolutely has to change. That starts with myself and my Leadership Team, and as recently as yesterday we spoke about some of the things that we are going to do differently going forward.

Geoff ELLIOTT:  Is this an indictment on the culture at CBA?

Matt COMYN:  So let’s just be clear. There are tens of thousands of people around the country who come to work every day and do a great job serving their customers. This report is not about them. This is a report about the failures of senior leadership inside the Commonwealth Bank, including me. The focus has to be on how we are going to change the leadership and the culture of the organisation, starting from the top.

Geoff ELLIOTT:  The APRA report repeatedly calls out a lack of any real consequences for senior management in terms of remuneration particularly. The report says at one point, quote, “There was no sting for senior managers”. How is that going to change?

Matt COMYN:  Well, I think that starts with being very clear about the accountabilities of each of my direct reports at the Leadership Team, being very clear in terms of the level of follow up and follow through on those accountabilities. There has to be clear consequences for failure to exercise and fulfil those accountabilities. And one small example of that is since coming into the role, actually a few days after my appointment, I did form a view that it would be inappropriate to accept a short term incentive this year, it is a conversation I had with the Chair in February and then with the full Board in March. And for me this is only one small step in demonstrating that accountability and the steps that are going to be required are going to be different this time round.

Geoff ELLIOTT:  So Matt, just to be clear on that, you have asked the Board to cancel your 2018 short term bonus?

Matt COMYN:  Yes. What I did in February as I said was have a conversation with the Chair, based on a lot of the feedback I was already hearing from customers, some of whom had come up to me in the street to share some of their anger and frustration about what they were seeing in an organisation that they had known, banked with, and in some cases long term shareholders. I formed a view then it would just be inappropriate given those circumstances to accept a short term incentive. There is a lot of focus on executive remuneration, rightly so. I think it is important that as Chief Executive I set that example, and I had that conversation with both the Chair and then the Board in early March.

Geoff ELLIOTT:  So implementing APRA’s recommendation and improving the Bank’s risk management capabilities is obviously going to take a lot of work. How much is that going to cost, and how might it impact the momentum around the performance at CBA you have seen in recent years?

Matt COMYN:  Well, there is going to be a lot of work to implement the recommendations, but importantly they are very high quality recommendations which I think make us a much better, stronger Bank at the end of all of that. I do not see that necessarily as a trade-off between any of our other existing priorities. It’s going to take a lot of focus and effort. Of course maintaining the operating momentum of our businesses will also remain a priority.

Geoff ELLIOTT:  Matt, you have only been in the job frankly a couple of weeks. Do you think you are setting the right tone?

Matt COMYN:  Well, I have spent time with both our regulators, customers, a lot of stakeholders around the country, hearing very clearly from them the things that we need to do differently. I have also had the opportunity to spend time with our teams, with our customers. I spent some time in my first week in Parramatta looking at some of the complaints. There are a couple of complaints that I have personally got involved in, we have discussed those as a Leadership Team. I have also spent time with our Financial Assistance Solutions Team, looking at some of the things that they are doing to help customers who are in financial difficulty. There is just a couple of small examples, but there is much more work to be done, and my Leadership Team and I are going to get on with it.

Geoff ELLIOTT:  Matt, thanks for joining us.

Matt COMYN:  Thanks very much.

* Geoff Elliott is Joint Managing Partner at GRACosway and the former Business Editor at The Australian.