The latest Commonwealth Bank Business Sales Indicator (BSI) has found Aussies have taken advantage of the proximity of the Easter long weekend and the ANZAC Day holiday to take a break or go out and spend time with friends and family.

CBA’s BSI, a measure of economy-wide spending, rose by 0.5 per cent in trend terms in April, underpinned by spending on Amusement & Entertainment (up 1.0 per cent) and Hotels & Motels (up 0.9 per cent).

“The timing of Easter and ANZAC Day prompted many Aussies to take a longer holiday break this year, and it’s helped drive continued growth in spending across the country – clearly a source of good news for the economy,” said Craig James, CommSec Chief Economist. 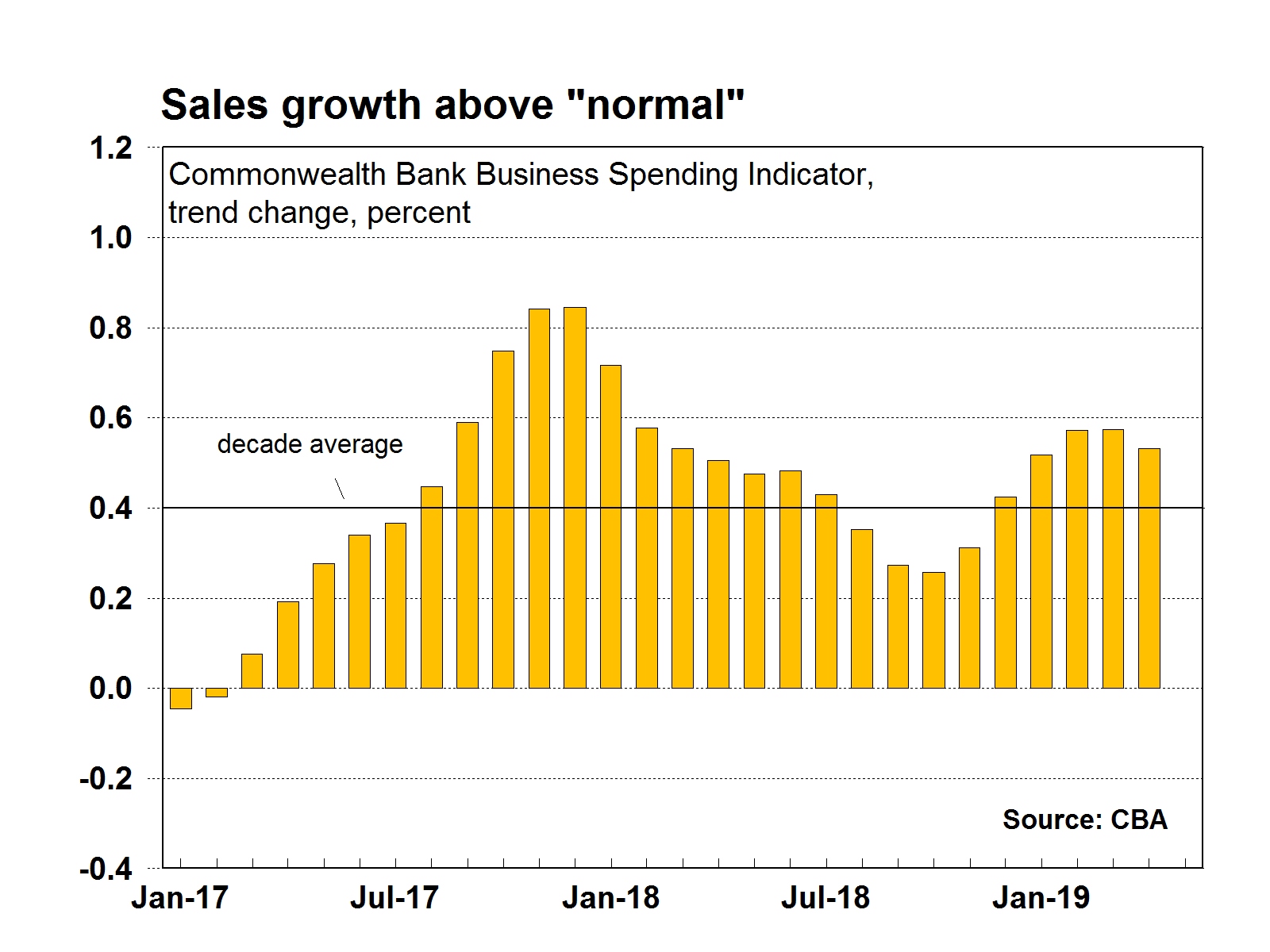 In April, 15 of the 19 industry sectors rose in trend terms. The biggest gains in sales were recorded by Amusement & Entertainment and Utilities (both up 1.0 per cent), and Hotels & Motels up 0.9 per cent.

“With Easter falling in April this year, the economy saw a sharp lift in spending on entertainment as well as domestic accommodation. It’s good to see Aussies taking advantage of the good weather and the longer time off in order to get away or spend some time with family and friends,” said James.

Four of the 19 industries fell in April, with sales falling the most in Clothing stores (down by 0.3 per cent), and Business Services and Repair Services (both by 0.2 per cent).

“As we continue to experience an unseasonably warm Autumn, it seems that many Aussies have decided to put off updating their winter wardrobes,” said James.

Sales were stronger in April across all states and territories, except Northern Territory which was down 0.4 per cent. While the strongest growth occurred in Queensland, up 0.9 per cent, this was closely followed by Victoria and Tasmania, both up 0.8 per cent.

In annual terms, all states and territories had sales above a year ago, except Northern Territory (down 5.4 per cent). The strongest growth was in Tasmania (up 7.1 per cent) and Western Australia (up 7.0 per cent).