Business spending lifts in most states and sectors

Business spending lifts in most states and sectors 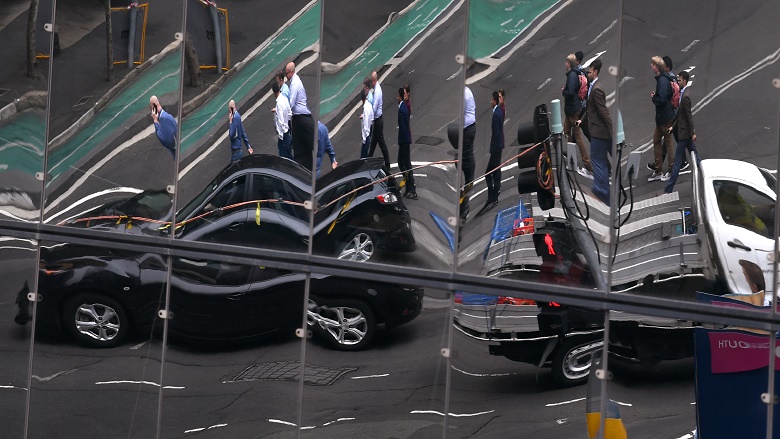 Economy-wide spending continued its upward trajectory but grew at a slower pace in August, according to the latest Commonwealth Bank Business Sales Indicator (BSI) released today.

Sales gains were recorded in 16 of the 19 industries tracked in August with only three sectors recording weaker sales, demonstrating the continued overall strength of the economy in relation to Australian business transactions.

The BSI report, a key monthly indicator of the condition of national and state economies shows that spending lifted by 0.3 per cent in trend terms last month after similar growth in July, although this is slightly lower than longer term averages.

“We have seen a marked increase in Government spending in August, with the monthly growth rate the strongest since late 2016. We could speculate that this uplift is due to increased infrastructure spending. However we can’t tell the precise reason for this growth based on the data available although across many states infrastructure spending is increasing. 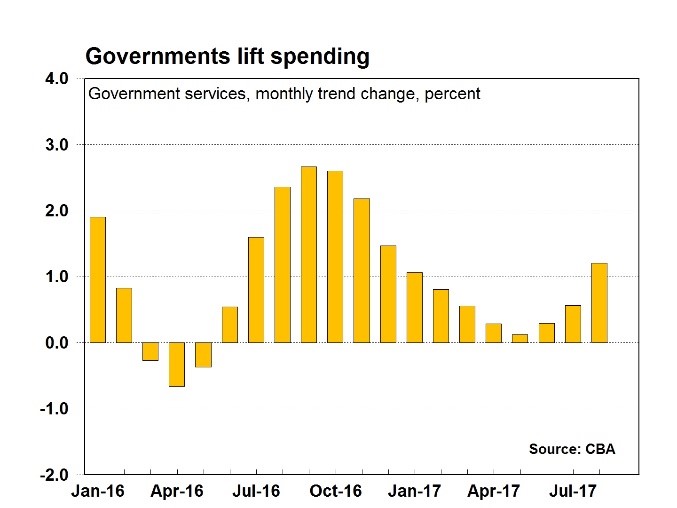 “And, over the past month, consumers have spent more on practical expenses such as utilities, likely due to increased energy prices. The increased spending on bills may partly explain the drop in spending on amusement and entertainment. Certainly the rising cost of utility bills, education fees, medical expenses and transport fares has been weighing on consumer sentiment,” Mr James said.

The annual trend growth in sales eased from 8.2 per cent in July to 7.7 per cent in August.

The more volatile seasonally adjusted measure of the BSI rose by 0.8 per cent in August after falling by 1.3 per cent in July.

16 of the 19 industry sectors rose in trend terms in August.

The biggest lift in sales occurred at Government Services (up 1.2 per cent), followed by Service Providers (up 1.0 per cent), Hotels & Motels and Utilities (both up 0.8 per cent).

In annual terms in August, all but one of the 19 industry sectors recorded sales growth, with the exception of mail order/telephone order providers (down 5.9 per cent).

Sectors with strongest annual growth in August included service providers (up 21.2 per cent), airlines (up 18.6 per cent); and government services (up 14.7 per cent).

Across all states and territories in August sales were stronger except Tasmania and Victoria, whose sales were largely flat.

Strongest were South Australia and the ACT (both up 0.5 per cent); Northern Territory, Western Australia and Queensland (all up 0.4 per cent) and New South Wales (up 0.1 per cent).