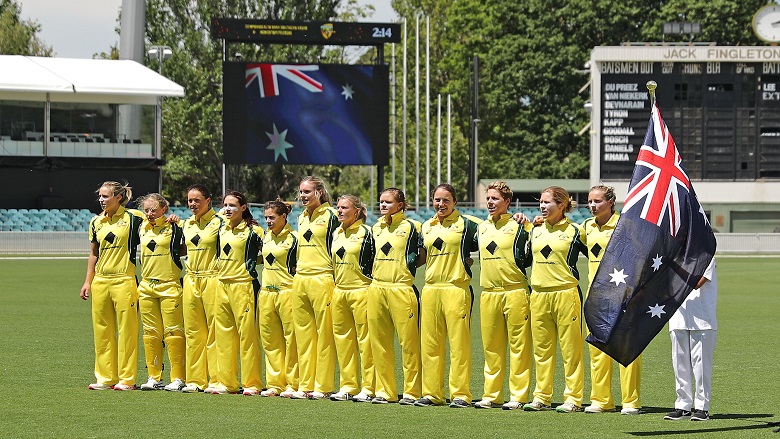 The Australian Women’s Cricket Team kick-started their ICC Women’s World Cup defence with a resounding victory over the West Indies on Monday, and, as the team’s principal sponsor, Commonwealth Bank is urging fans to get behind the team by sending them messages of support through their Facebook page.

Commonwealth Bank has also created a campaign to raise awareness of the outstanding feats Australia’s female cricketers have achieved. Check out the video below.

Stuart Tucker, CBA’s General Manager of Brand and Marketing Services, said the boost in support for the Women’s team in recent years was fantastic but the Bank wants to see it lift even more.

“Our commitment to women's cricket is longstanding. We’ve sponsored the national team and the women’s development squad for 18 years,” Mr Tucker said.

“This team of women are world-leaders in every respect. They are the defending World Cup champions and hold the number one ranking in every format of the game.

“We believe the Australian Women’s Cricket Team represent everything that is great about cricket. They’re hard-working, incredibly professional and their results reflect the effort they put in. Above all else, they’re wonderful role models for young Australians.

“We’re urging all Australian cricket fans to tune in and watch the girls over the course of their World Cup defence, and would love to see messages of support sent through to them via Facebook.”