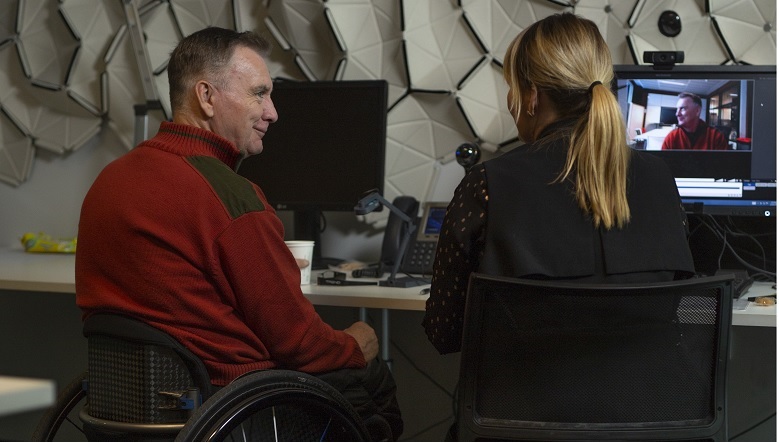 Following the successful trial of their world-leading NDIS prototype app, Commonwealth Bank (CBA) and CSIRO’s Data61 have released the findings of the ‘smart money’ proof of concept in a new report titled ‘Making Money Smart’.

Released today, the Making Money Smart report examines the design benefits and limitations of the blockchain-based ‘smart money’ system for the NDIS and identifies other use cases. The report found that smart money could empower individuals, while cutting administration costs, removing paperwork and reducing fraud across the economy.

The NDIS prototype app aimed to test the functionality of smart money - also known as programmable money - to enhance the NDIS user experience. Smart money is enabled by a blockchain token solution that could integrate with Australia’s New Payments Platform.

The prototype app was tested by 10 NDIS participants and carers in the CommBank Innovation Lab as well as a small number of medium-sized disability service providers. Participants and carers estimated that the prototype app could save them one hour to 15 hours per week, while service providers estimated potential annual cost savings as a percentage of revenue of 0.3 per cent to 0.8 per cent.[1]

CBA modelling indicates that - even if these estimates were applied conservatively across the NDIS ecosystem - the economic benefits would equate to hundreds of millions of dollars annually, if the proof of concept was developed and implemented as part of a full-scale solution across Australia.[2]

Commonwealth Bank’s Head of Government and ADIs Julie Hunter said: “We’re excited by the potential to enable NDIS participants to exercise greater choice and control over their disability support services, while streamlining budget management and removing the need for paperwork.

“The results also show potential to reduce administration costs for disability service providers and the risk of fraud and accidental misspending.

“The trial has also highlighted that the technology could have wide application across the government, business and not-for-profit sectors. We look forward to exploring these opportunities with our partners and clients across Australia.”

The Making Money Smart report assessed the NDIS prototype app using 10 criteria: choice, control, accessibility, simplicity, efficiency, confidentiality, integrity, performance, cost and modifiability.[3]  Across all criteria and user-testing feedback the results were overwhelmingly positive with the app receiving an 89 per cent net promoter score from our user testing with participants and carers. The results provide a strong case for considering the technology as part of a long-term payment solution for the NDIS.

Dr Mark Staples, Senior Principal Researcher in the Software and Computational Systems program at CSIRO’s Data61, said, “This has been an important research project for understanding the benefits and limitations of blockchain technology in the context of conditional payment environments, such as the NDIS.

“Our use of blockchain added new kinds of programmable behaviours to the smart money in the prototype system. This automation and flexibility could reduce friction and enable greater innovation in many payment environments and unlock network-effect benefits.

“This could include more directly connecting citizens to public policy programs, empowering people to optimise their spending through things like smart savings plans and smart diets, and reducing costs for businesses, including through the potential for self-taxing transactions.”

The Making Money Smart report was released today at CBA’s Future of Health Conference, which this year focused on the latest technologies that have the power to transform the way we care for patients.