Black Friday to Cyber Monday even bigger for retailers this year 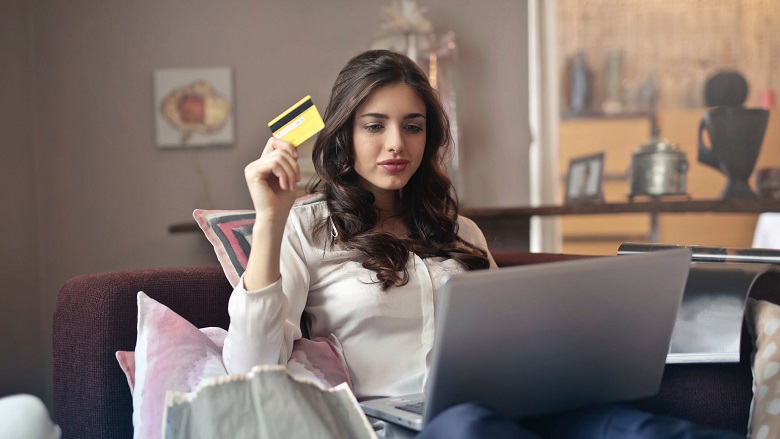 Some significant spending growth during the recent 4-day sale, according to latest credit card data.

The spending uplift seen across retail goods on Black Friday, as well as Cyber Monday, more than doubled this year as compared to last year, with well-above average sales across the whole weekend.

“A sample of our credit card data shows that retail goods spending lifted around 87% on Black Friday compared to the average spend in the three weeks prior,” says Commonwealth Bank Senior Economist Kristina Clifton. 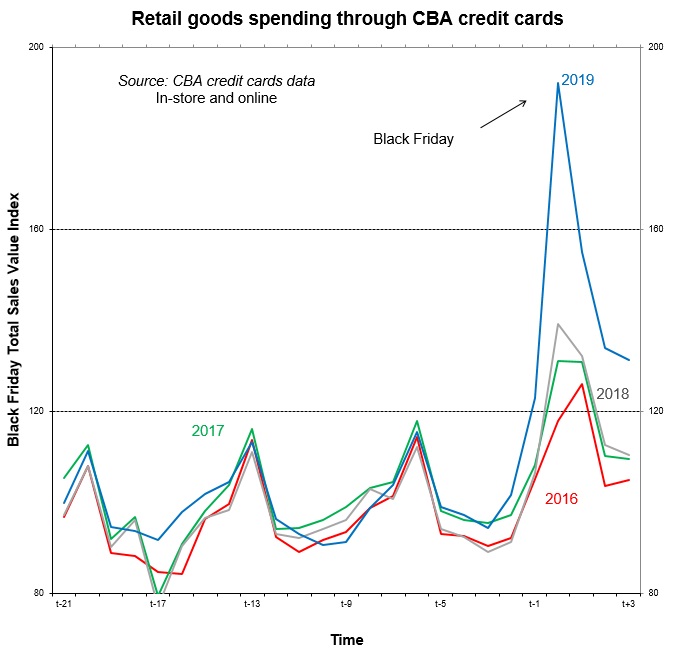 “Retail goods spending across the weekend following Black Friday and on Cyber Monday was also well above average November levels. We have seen spikes in spending at time of the Black Friday sales in the previous years but they have been much smaller in size, averaging around 28 per cent,” she added.

“By category, online spending in department stores and electronic goods retailing rose by 238 per cent compared to the average November daily spend, while in store spending was up by 153 per cent. 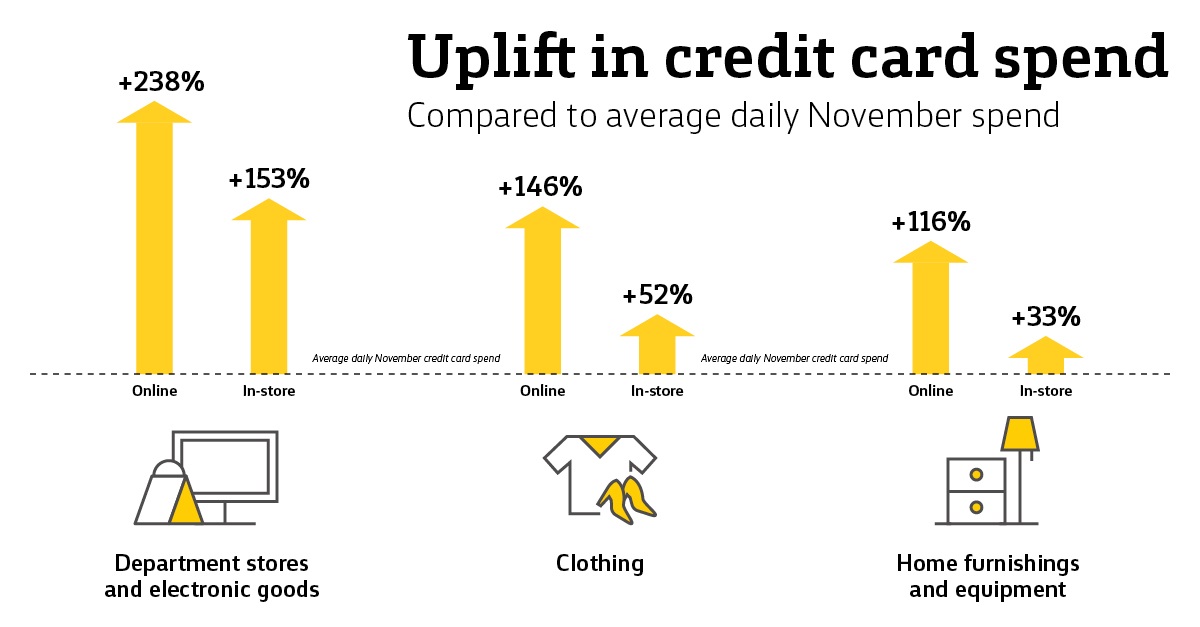 “It’s likely that consumers brought forward some of their usual Christmas spending to November or early December to make the most of the discounts. It may also prove the case that some consumers had been holding on to their tax rebates to spend in the Black Friday sales,” Ms Clifton said.

Produced by Commonwealth Bank based on information available at the time of publishing. The statistics presented in this release only take into account Commonwealth Bank Credit Card Data and therefore may not reflect all trends in the market. We believe that the information in this report is accurate and any opinions, conclusions or recommendations are reasonably held or made as at the time of its compilation, but no representation or warranty is made as to accuracy, reliability or completeness. All customer data used or represented in this report is anonymous and aggregated before analysis and is used and disclosed in accordance with the Commonwealth Bank Group’s Privacy Policy Statement.