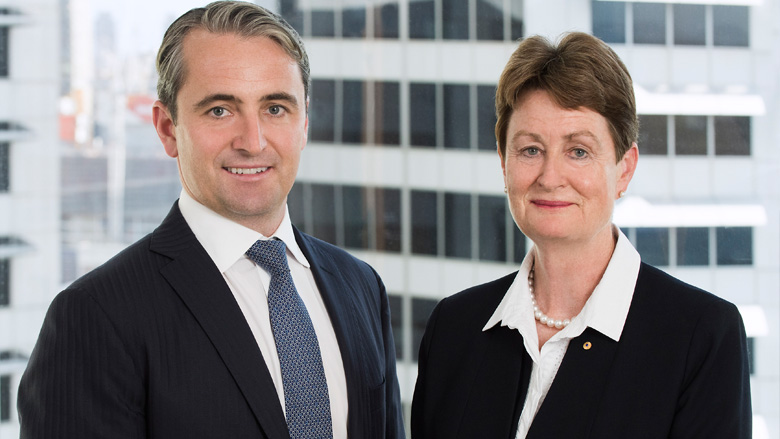 On behalf of the Board I am delighted to announce the appointment of Matt Comyn as the new chief executive of the Commonwealth Bank.

Matt’s appointment becomes effective in early April when, after a short transition period, the outgoing CEO Ian Narev will retire as CEO, after more than six years in the role.

The comprehensive global search for Ian’s replacement produced an impressive range of high calibre candidates. All directors were involved in the process, and in the interviews which were conducted here and overseas.

In selecting the new CEO, the Board considered, very carefully, which candidate would be best suited to manage the unique combination of the bank’s commercial and operational priorities.

Of immediate concern, the bank currently faces a range of reputational, regulatory and legal issues that have overshadowed what has otherwise been very strong progress and performance.

The equally pressing strategic challenges involve rapidly-changing competitive and regulatory environments, and the accelerating evolution of technology, which is both a threat and an opportunity.

In short, the candidate we were seeking was someone who could:

This unique mix requires a leader with a demonstrated capacity to engineer and implement change consistent with our vision of enhancing financial wellbeing, and nurture a strong culture, in which there are a high expectations and clear accountability for outcomes.

One of the key questions for the Board was whether this would be best achieved by an internal or external candidate, having regard to the reputational and cultural issues facing the bank on the one hand, and the strong progress and operating performance on the other, which are clearly outcomes of a very sound strategy that is being well executed by a highly committed team.

The Board’s unanimous decision to appoint Matt was based on the fact that he met our criteria more compellingly than any other candidate.

On any measure, Matt has already had a distinguished career at Commonwealth Bank.

He joined CBA in 1999, and since then has held positions in the institutional bank, played a lead role in the development of our CommSee customer relationship platform, later becoming Managing Director of CommSec, before being appointed head of Local Business Banking, responsible for our small business customers.

In 2012, he was appointed head of Retail Banking Services, which is our largest and most important division. In this role, Matt has been responsible for more than 10 million customers, and more than 15,000 employees, and for half of the Group’s profit.

During his time in retail banking, Matt has led the transformation of the traditional banking services, including doubling the number of active digital users to more than 6 million customers, with more than 4 million Australians logging into the CommBank mobile app every day.

Over the same period, customer satisfaction has increased to its highest levels, achieving number 1 for the first time ever in January 2013, and sustaining that level for 51 of the 60 months since. Matt also established a systematic program to improve customer outcomes, which has seen significant changes made to products, terms and conditions, fees and the way we engage with our customers.

In 2017 he created CBA’s Financial Wellbeing Program, focused on helping those customers experiencing financial hardship, such as ensuring that victims of domestic violence can access emergency funds and a phone.

At the same time, he has led a team which has delivered strong profit growth for shareholders, with NPAT in retail banking increasing 60 per cent over the period since 2012.

In the Board’s view, Matt is the best positioned and qualified candidate, with the recognised mix of attributes and values, to address the issues currently facing the bank, and lead the transformation of the organisation, as banking becomes an increasingly sophisticated, competitive and socially significant part of the economy.

With Matt’s appointment, there will be a smooth transition to new leadership, as the bank responds to the current regulatory and legal proceedings. The Board’s expectation is that the processes, already underway to improve the business, will be accelerated and delivered.

Matt’s mandate is to create a leading bank. By that I mean a bank that has an unwavering focus on looking after customers, ensuring we set and maintain the benchmark operating standards in the industry, unequivocally fulfil our regulatory obligations, and, achieve the right balance between interests of customers and shareholders, recognising that confidence of the community in the bank is fundamental to its capacity to generate returns on invested capital.

I also would like to pay tribute to Ian Narev. During Ian’s time as CEO, CBA has produced outstanding financial results, and consistently strong returns to shareholders.

Ian put in place a vision, and a set of clearly defined values, for the bank, made CBA a more inclusive and innovative organisation, an employer of choice for gender and social diversity, and established the industry’s leading technology platform and leading customer satisfaction ratings, by improving the customer experience. This long-term strategy has served the organisation well, particularly as market conditions have continued to change.

As a result, CBA’s total shareholder returns during Ian’s time as CEO have been 120 per cent, which is ahead of the other major banks and ahead of the ASX200 average.

With Matt’s appointment today, the Board believes we are delivering renewal and change, but change that will build on the many strengths of the organisation that have been enhanced or introduced on Ian’s watch.

As you know there has also been further renewal of the Board, and that process will continue this year. We have overhauled the remuneration practices of the organisation, and we are well placed to respond constructively to the current review by APRA, the Royal Commission, and the legal proceedings with AUSTRAC.

The operating outlook for the year is encouraging, but there will be further comment on this when we announce our half-year results next Wednesday.

I would now like to ask Ian, and then Matt, to say a few words before we take questions.