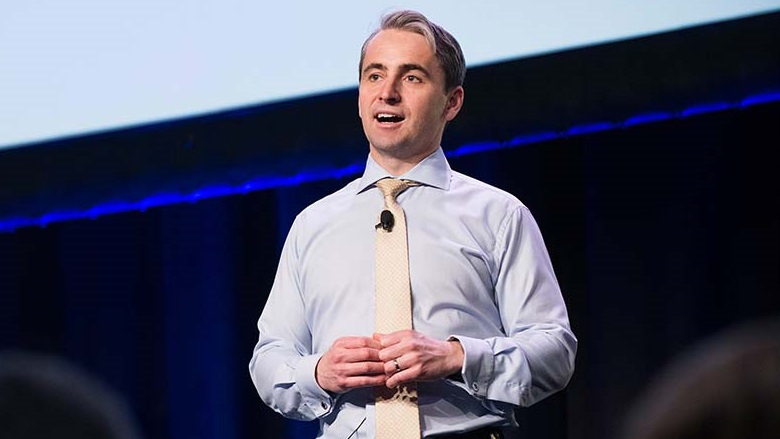 The following is a transcript of Matt Comyn, Chief Executive Officer of Commonwealth Bank of Australia regarding the bank’s 2019 Full Year Results.

Matt Comyn: The key takeaways from my perspective are we’re making very good progress on becoming a simpler and better bank. Our core franchise is continuing to perform very well. Our home lending balances are up 4% which is above the system. Our business lending is also up 4% and we’ve continued to see strong transaction deposit growth of 9% for the year.

Our overall result of $8.5 billion is down 4.7%. So that cash net profit after tax is of course subdued and it’s been impacted by higher remediation costs of almost $1 billion during the course of the year, as well as elevated risk and compliance spend.

But overall, our balance sheet continues to be further strengthened. We’ve finished with a Common Equity Tier 1 capital position of 10.7%, and that excludes the 68 basis points that we’ve just received for the sale of our global asset management business.

The final dividend for the year will be $2.31 making the full year dividend $4.31. We’ve also announced that we’ll be neutralising the dividend reinvestment plan.

Matt Comyn: This morning we released the report from Promontory, who’s the independent expert that’s overseeing our program of work in response to APRA’s Prudential Inquiry. They said that we’re on track, and that we’ve made good progress, having completed now almost half of the milestones that are required under that Remedial Action Plan.

We’re also working on implementing the recommendations from the Royal Commission. We’ve already completed six of the recommendations and we’re going to make sure we complete at least another eight before the end of the calendar year, taking the total to 14 of the 23 that we can implement by ourselves.

Matt Comyn: We’re making very good progress on becoming a simpler and better bank, both simplifying our portfolio as well as the way we operate and serve our customers.

Firstly on the portfolio, we’ve completed a number of divestments, both Sovereign, which is the life insurance business in New Zealand; a business in South Africa. Last week, as I said, we completed the sale of our global asset management business. We’re in the process of completing a number of other transactions. This morning we also announced that we were exiting the aligned advice area.

Matt Comyn: We have an unrivalled leadership position at the moment in digital. We have more than 7 million active digital users.

In addition, this morning we also announced that we’ve made a $US100 million investment into Klarna, a leading global payments provider, and we’ll be their exclusive partner in Australia and New Zealand.

Matt Comyn: We’re forecasting 2.5% growth of GDP, which is slightly below the long run average.

Clearly in recent days, we’ve seen an escalation of the trade war, which is a clear downside risk to the global economy and those growth forecasts.

But on a more positive note, we’re starting to see a stabilisation and recovery in the housing market. We’ve seen now house price increases in Sydney and Melbourne for the last two months, which is the first time since mid-2017. We’ve seen a slight pick-up in both auction clearance rates and housing turnover. We’ve also seen a pick-up in housing credit growth – we finished the year at 3.7%, which is slightly above system. So overall we feel like the housing market is starting to stabilise and may slightly improve from here.

We see modest price increases and a modest increase in credit growth overall.

We also believe that unemployment is likely to stay low. There is some stimulus that will continue to flow from both the tax cuts that were recently passed through Parliament, as well as a strong pipeline of both population growth and infrastructure projects which should underpin the performance of the Australian economy.

Clearly as we look forward, making sure there’s some sort of increase in household income, and of course, an increase in sentiment for both consumers and businesses, is going to be very important in the future economic period.

Click here for a PDF version of the transcript.