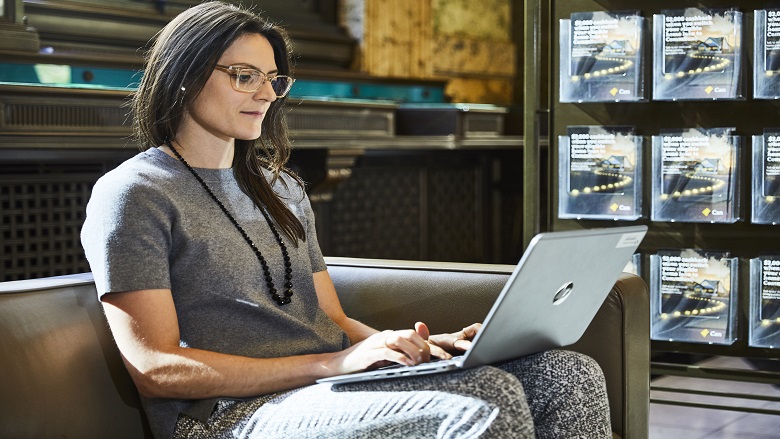 Commonwealth Bank has made headway on the implementation of its simpler, better bank strategy with progress on divestments, improved customer outcomes and continued investment in digital banking.

Announcing the Group’s full year results for the 12 months to 30 June 2019, the Bank reported an annual cash net profit after tax of $8.49 billion.

Announcing the results on 7 August, CEO Matt Comyn said the Group is responding to a challenging operating context, whilst positioning itself for the long-term.

“While this year’s headline results were impacted by customer remediation costs, revenue forgone for the benefit of customers and elevated risk and compliance expenses, our core business continued to perform well – underpinned by growth in home lending, business lending and deposits,” said Mr Comyn.

The profit result, representing a 4.7 per cent decline on the previous year, was struck on operating income of $24.4 billion. The Group highlighted positive home lending growth at 4 per cent and transaction deposit balance growth of nine per cent.   Net interest margin (NIM) was down 5 basis points for the year and flat half-on-half for the second half.

The headline profit was impacted by expense growth with the Bank taking a proactive approach to customer remediation and changes to customer fees and charges. Operating expenses were up 2.5 per cent to $11.3 billion, largely due to the previously disclosed $1 billion of costs for customer remediation. In addition, costs also rose because of elevated risk and compliance spending.

As a result of increased spend to support remediation programs and additional regulatory obligations the Group’s cost-to-income ratio ended the year at 46.2 per cent. CBA is targeting a future cost-to-income ratio of below 40 per cent and an absolute reduction in overall costs as part of its simpler, better bank approach.

Statutory net profit after tax, including contributions from discontinued operations, was down 8.1 per cent at $8.57 billion.

CBA will pay $3.4 billion in taxes for FY19, representing 29 per cent of its $11.9 billion profit before tax. Shareholders will receive $7.6 billion in dividends while $900 million will be retained by the company for lending, investment and growth.

The Board has maintained the total dividend at $4.31 a share, the same as the full year pay-out for the 2018 financial year. That represents a pay-out ratio of 88 per cent of cash net profit after tax. The final dividend of $2.31 will be paid on 26 September 2019.

The Group remains in an “unquestionably strong” position for its Common Equity Tier 1 (CET1) capital ratio based on the Australian Prudential Regulation Authority’s average benchmark of 10.5 per cent.

CBA’s CET1 ratio at 30 June 2019 was 10.7 per cent, an increase of 60 basis points on the prior year and this amount will increase by 68 basis points following the completion of the sale of Colonial First State Global Asset Management (CFSGAM) which was announced on 2 August 2019. The Group has also simplified its business by selling Sovereign life insurance in New Zealand, TymeDigital and Count Financial, the sale of which is due to complete in October.

Further divestments are in the pipeline which, subject to regulatory approval and conditions and once completed, are estimated to boost the Group’s CET1 position to 11.8 per cent.

“The progress we are making on divestments further strengthens our capital position,” said Mr Comyn. “This supports continued investment in our business, and subject to prevailing operating conditions, creates flexibility for the Board in its ongoing review of efficient capital management initiatives and the delivery of long-term sustainable returns.”

The asset sales are a central part of CBA’s simpler, better bank strategy, announced just over a year ago, which is now ramping up with the future focus on the Group’s core retail and business banking franchises that together make up 95 per cent of the Group’s NPAT.

These franchises underscored their strength and resilience with home loan growth up 4 per cent and business lending in Australia & New Zealand up 4 per cent in what has become a challenging lending environment.

The Group experienced a small uptick in impairment expenses as a proportion of average gross loans and acceptances, up 1 basis point to 16bps, equivalent to $1.2 billion which also impacted the final cash net profit figure.

Overall Group earnings were driven by Retail Banking Services which contributed $4.3 billion to the cash net profit result, Business and Private Banking $2.7 billion, Institutional Banking & Markets $1.1 billion and New Zealand $1.1 billion.   New Zealand was up 5 per cent on the back of good revenue growth on solid volumes.

CBA’s combined operations saw Group lending for the year rise by 2 per cent to $760 billion and Group deposits up by the same percentage to $635 billion. Transaction deposit balance growth was particularly strong, up 9 per cent year-on-year. This helped CBA to maintain its deposit funding base at 69 per cent.

Investment spending totalled $1.4 billion with risk and compliance accounting for 64 per cent. The Group recently announced that it will invest a little over $5 billion over the next five years.

The last year provided further evidence of the move to digital banking with digital transactions making up 63 per cent of the total by value, a new record. CBA also has 7 million active digital customers.

The launches of the latest 4.0 version of the app and the new CommSec Pocket app, which is aimed at supporting a new, younger generation of stock market investors, are key to the Group’s strategy to retain its position as the best digital bank.