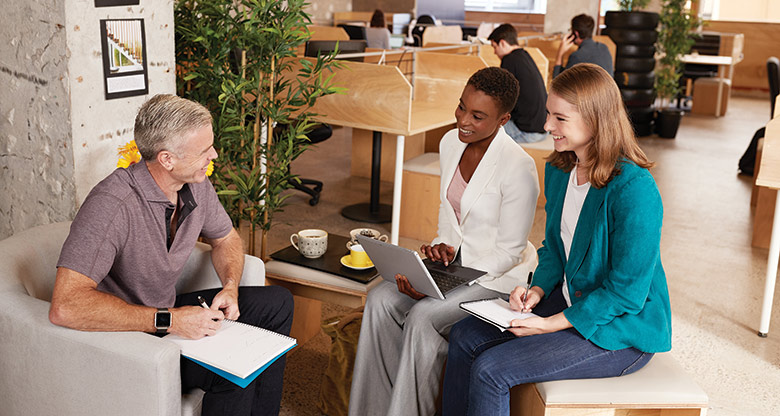 The transformation of Commonwealth Bank is underway with the strategic focus on its retail and commercial banking businesses aimed at delivering a simpler and better bank for its customers, declared CEO Matt Comyn.

This was where the group’s real competitive advantages and strengths lay, said Mr Comyn, with CBA looking to build on its leadership in digital banking.

Commonwealth Bank has more than 6.5 million Australians active on Digital and more than 5 million mobile app logons each day.

Those figures testified to the largest ever engagement with the bank’s customers. “Into the future that is going to be even more important as more of our customers are using our digital channels,” he said.

But a digital agenda by itself would not be enough to ensure the bank’s market leading position. Just as important was the branch network, currently numbering more than 1,000 around the country, and the group’s Australian-based contact centres. Together, these would “remain very relevant and very important to our customers”, he told CBA Newsroom.

“It is going to be that combination of both the best digital experience in Australia combined with leading customer experience across all of our face to face and assisted channels,” added Mr Comyn.

However, CBA continues to face a number of challenges, including reputational and regulatory issues, which had taken up a lot of his focus since he took over as CEO on 9 April this year.

Referring to the Australian Prudential Regulatory Authority’s Prudential Inquiry into the company’s board and management, the settlements of court action with AUSTRAC and ASIC and the Royal Commission in the financial services industry, Mr Comyn accepted that CBA had “made mistakes”.

“We just have to recognise we have not done a good enough job for our customers,” said Mr Comyn. “We got some things wrong. We have made mistakes. We absolutely need to make sure we do not make them again.

“And a big part of my job of course is making sure we are a simpler and better bank for our customers, working closely with any customers who have not had a good experience, but most importantly making sure that those sorts of issues do not reoccur.”

Simplifying the bank included making some strategic choices about its future direction, a process accelerated under his leadership to focus on its core Australian and New Zealand retail and commercial banking business that generates more than 90 per cent of the group’s profits and the majority of its organic capital.

Following decisions to sell the Australian CommInsure Life and New Zealand Sovereign Life insurance businesses to AIA Group (the latter of which has been completed, with the former to come by the end of this calendar year), the group has since announced: