CBA to use renewables for two-thirds of electricity needs

CBA to use renewables for two-thirds of electricity needs 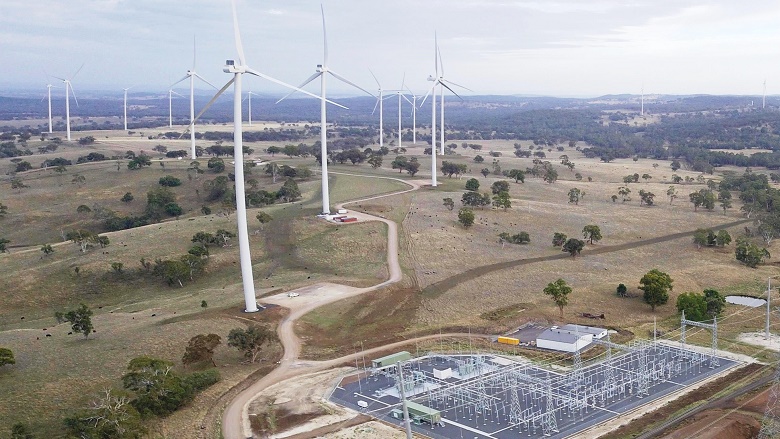 Commonwealth Bank will source 65 per cent of its national electricity needs from renewable energy from January 2019, after signing a unique agreement with the largest wind farm in New South Wales.

CBA has signed a 12 year Power Purchasing Agreement (PPA) with 270MW Sapphire Wind Farm, which will see the majority of CBA’s NSW and ACT operations powered by renewable electricity, predominantly from wind power. The supply-linked PPA is a unique corporate deal with fixed baseload electricity purchased alongside an equal number of large-scale generation certificates.

Under the agreement, CBA will receive 96,000 megawatt hours (MWh) annually from the Sapphire Wind Farm, which is part of the ‘Grassroots’ renewable energy platform built by CWP Renewables and the Partners Group. The wind farm was recently constructed in northern NSW. CBA is a key financier to the Sapphire Wind Farm Project.

Kylie Macfarlane, CBA General Manager of Corporate Responsibility, said: “We continue to build on our strong track record of reducing energy use, and subsequent emissions, across our branches and offices. With this agreement, we will further decrease our carbon emissions by 60 per cent.

“To be able to use renewable energy directly from the supplier for 65 per cent of our Australian electricity needs is a significant step towards transitioning to 100 per cent renewable electricity use.”

“Commonwealth Bank is taking the lead here as other large corporate energy users are starting to actively seek green energy direct from the generator.

“To have Commonwealth Bank as one of our direct buyers reinforces the fact dispatchable low-cost renewable energy is viable and economical.”

To further demonstrate the Bank’s commitment to a lower carbon future, CBA has also become the first Australian corporate to join the global RE100 initiative – setting a goal to achieve 100 per cent renewable electricity by 2030.

RE100, led by The Climate Group in partnership with CDP, brings together the world’s most influential global businesses who have committed to source 100 per cent of their electricity consumption from renewable energy by a specified year.

Sam Kimmins, Head of RE100 at The Climate Group, said: “Around the world, forward-thinking companies want access to clean, cheap power that lowers emissions and increases competitiveness.

“As the first Australian business to join RE100, Commonwealth Bank will achieve exactly that, while helping to lead Australia’s transition to a clean energy future.

CBA has already implemented a number of energy efficiency initiatives across the country. The bank operates 20 Green Star rated retail branches and on-site solar PV production at more than 50 branches.

CWP Renewables has been developing renewable energy projects in Australia since 2008. CWP and Partners Group are building out the largest renewable energy portfolio in NSW comprised of wind/solar and battery storage. This renewable energy generation portfolio is called “Grassroots” and is currently providing green power directly to a number of customers including the ACT Government, which is on track to meet its target of 100 per cent renewables by 2020. The Sapphire Wind Farm will provide enough clean energy to power around 115,000 homes and displace 700,000 tonnes of carbon dioxide each year. The last turbine for the project was erected in early November. The wind farm is just stage one of a $1 billion renewable energy hub that will blend wind and solar with battery storage.

ERM Power is an Australian energy company operating electricity sales, generation and energy solutions businesses. The company has grown to become the second-largest electricity provider to commercial businesses and industrials in Australia by load (Based on ERM Power analysis of latest published information). A growing range of energy solutions products and services are being delivered, including lighting and energy efficiency software and data analytics, to the company’s existing and new customer base. The company operates 662 megawatts of low emission, gas-fired peaking power stations in Western Australia and Queensland. www.ermpower.com.au

Led by The Climate Group in partnership with CDP, RE100 is a collaborative initiative bringing together the world’s most influential businesses committed to 100 per cent renewable power. Renewables are a smart business decision, providing greater control over energy costs while helping companies to deliver on emission reduction goals. RE100 members, including Global Fortune 500 companies, have a total revenue of over US$4.5 trillion and operate in a diverse range of sectors - from information technology to automobile manufacturing. Together, they send a powerful signal to policymakers and investors to accelerate the transition to a low carbon economy. RE100.org | #RE100 | info@RE100.org