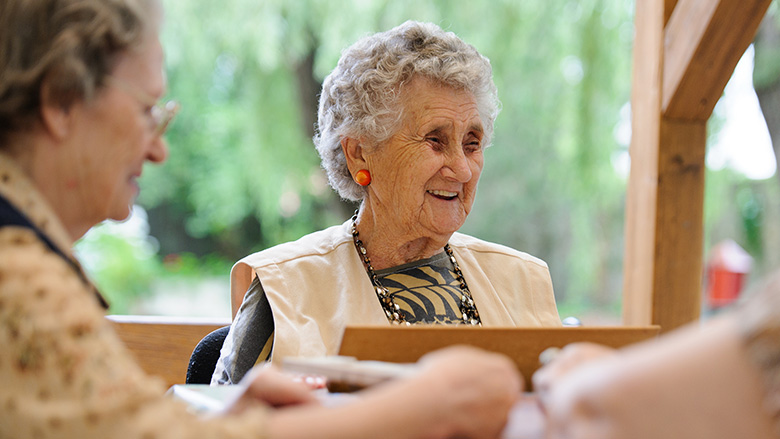 The Commonwealth Bank’s Safe and Savvy awareness program was launched today to help older Australians protect themselves from financial abuse.

As many as 10 per cent of older Australians are estimated to be affected by elder abuse, with financial abuse the most common form. More than $3 billion is lost to scams and fraud each year, with CBA data indicating that 76 percent of those affected by scam activity are aged over 50. It is likely more Australians will fall victim to financial abuse in the future, with those aged over 65 set to account for 25 per cent of the population by 2050.

Supporting calls by the Australian Banking Association for national action on elder financial abuse Dr French said the reforms to be discussed at COAG today would help seniors, their families and frontline banking staff to protect against financial abuse.

“Elder financial abuse is devastating in its impact and can happen to anyone,” Dr French said.

“Banks must play a central role in raising awareness of the issue and helping to protect customers from financial abuse, scams and fraud.  The Safe and Savvy program will improve the skills of our employees to identify elder financial abuse and provide practical advice on tips and traps to older customers and their families.

“Training will soon be rolled out to our teams in nearly 1000 branches nationwide so they can recognise and report signs of elder abuse, and I’d encourage customers to visit their local branch and learn how they can protect themselves. A detailed Safe and Savvy guide will be available for customers online in the coming week and in all of our branches from July.”

Three warning signs of financial abuse to look out for:

Dr Kay Patterson AO, Age Discrimination Commissioner, who advised the bank on the development of the guide, said she hoped the Safe and Savvy initiative would lead to greater awareness of the issue among older Australians.

“Certain groups are more susceptible to falling victim to elder abuse, particularly those who are socially isolated and reliant on others for care, and CBA’s launch of this program is a step in the right direction,” Dr Patterson said.

“The program is an important measure for the banking industry in educating the community on the warning signs and ways older Australians can protect themselves from financial abuse.”

The Safe and Savvy Guide will be available on the CommBank website from 18 June and in all branches from July.